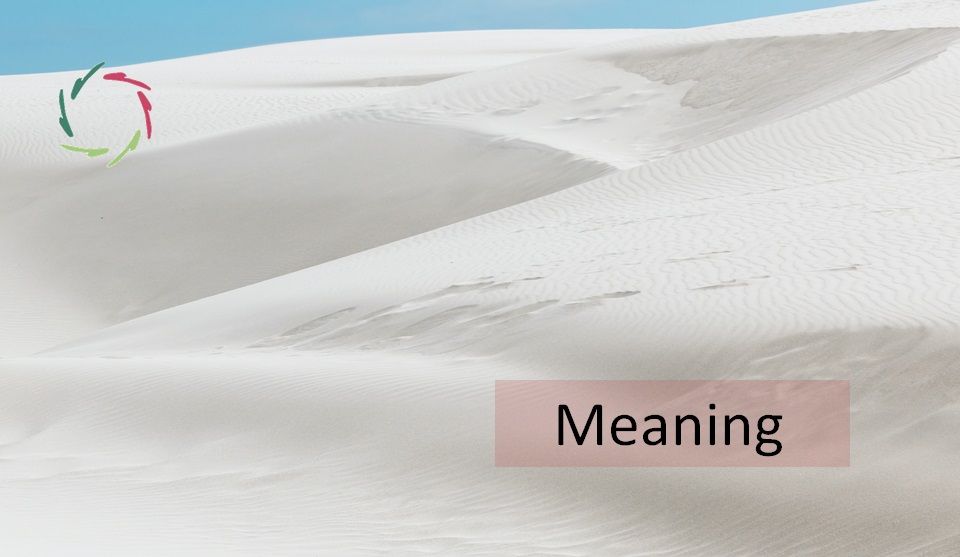 Lots of people are looking for the ‘meaning of existence’. This seems feeble but this search is often crucial in many ways, even where it is not immediately clear.

For example, whether or not someone experiences certain circumstances as negatively stressful (also at the work place), depends very much on an underlying sense of ‘meaning’: both the general meaning of existence as the extent and capacity in which the concrete circumstances are connected with this ‘meaning’.

However, in an effort to reduce work stress, this has usually been given little attention.

It is too feeble but at the same time that is not entirely true, because it largely determines both health and efficiency at work. Your money or your life? Both.

The most powerful example of the ‘power of meaning’ was perhaps brought by survivors of the concentration camps of WORLD WAR II. The chances of survival were very strongly linked to the degree of meaning, like the meaning of wanting to survive in itself, or not to perish in the non-sense of the horrible event. It is a two-way process. It was also strongly linked to religious meaning.

This is of course a large part of their attraction and they usually know that. But if a believer starts to doubt through negative events, the meaning of life might also start to fall apart. A belief (religion?) is able to give life. But it can also take it.

What is the meaning of existence?

Remarkably, this is a more peculiar question than it might seem at first sight. The question is based on an already existing sureness of the meaning of ‘meaning’ in itself. As if this would be immediately totally evident for everyone. That might seem so, but it is absolutely not the case.

Firstly I would like to say that ‘meaning’ is what feels as such. A purely conceptual, rational ‘meaning’ does not exist. There is a purpose, a cause and effect, but no ‘meaning’. ‘Meaning’ is always ‘meaning-to-someone’. In other words: there is no ‘meaning’ without ‘someone’ (this does not even have to be a human person) who values this meaning, and we talk about deep meaning here.

‘Meaning’ lives within someone who is giving meaning.

Well, such a person who gives meaning is also necessarily always a very complex ‘information-processor’. In this ‘processing of information’ the ‘meaning’ does not appear from the outside, but ’emerges’ from within (like a vortex that occurs in a fast-flowing river and yet consists solely of water from that same river). This ‘emerging‘ also means the following, which you may feel clearer and clearer in yourself if you dwell on it for a little while:

It is the action of being-alive deep down inside.

“This makes sense.” “This means a lot to me.” “This touches me deeply.”

Meaning is conducive to health.

Scientific research proves this time and time again. People talk about ‘meaning’ as an amorphous something (with a score of 1 to 10 on the question: “How much meaning does anyone have in his/her life?”). But I think it goes far beyond that. Meaning is a world apart, including the fact of being meaningful oneself. This is: finding oneself meaningful, not with a score, but with 1001 possibilities to be able to experience and realize this concretely. This is about all possible ways in which ‘the flower can open’.

This also means that the flower is ultimately responsible for herself (no blame, no shame!) as total flower:

Only you can give meaning to yourself and also to anything outside of you, because it’s always a meaning-for-you.

Which is the opposite of being locked-in yourself. An open flower knows herself, the wide world and the sun.

A little step now to re-ligare, if I may …

On the subject of religion(s), I also see the basis for a scale of quality here.

As meaning is being imposed by a religion as a monopoly (“beyond this, there is no meaning.”), its originality and eventually also the meaning itself, is being taken from the person who actually gives meaning. As meaning is supported through the person who gives meaning, he/she will be given meaning from within. This still says nothing about where ‘from within’ starts from the bottom. But for a believer the distinction makes, of course, a huge difference. In extremes, you may say, this is the difference between mechanical church attendance and mysticism, or: between dead dogmatism and living symbolism, or again: between a battle of religions and a deep sense that it is all about the same deep value.

Meaning is about ‘broad patterns’ in the human mind.

Generally seen: broader patterns give deeper meaning. Or better said: they are deeper meaning, even more if they are integrated into a still broader whole. In this, beauty and goodness and deep meaning and ‘deeply enjoying’ completely merge into one another.

The arrow is an arrow of complete freedom of being

This can of course be misunderstood in all possible ways.

But eventually it is the meaning of existence. 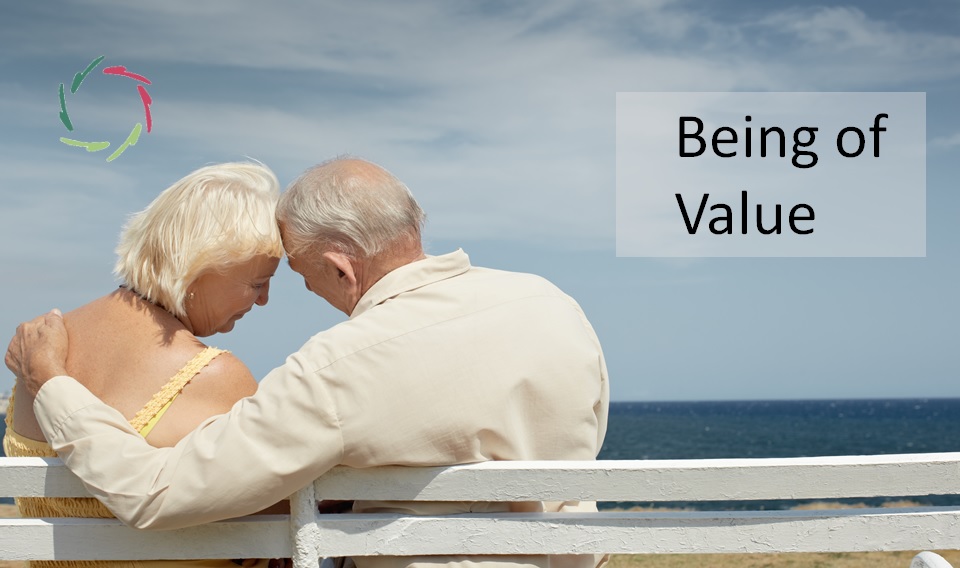 That’s what we all are: beings of value. Even of immense value. We should dare to acknowledge that and act accordingly. I know it’s not always easy to acknowledge one’s value. I’ve had my ups and downs in life myself. I’ve also seen people in diverse situations, including in most dire ones where even the Read the full article… 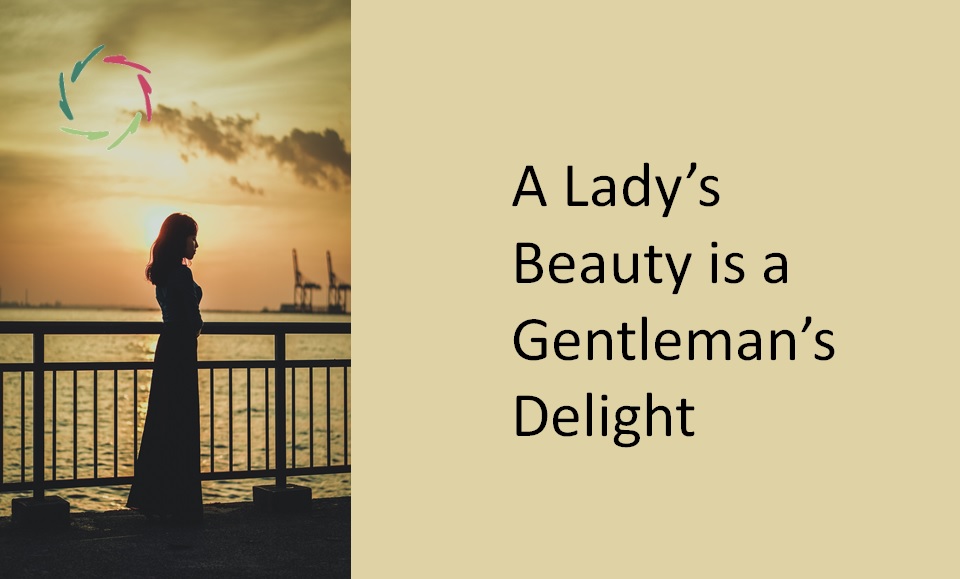 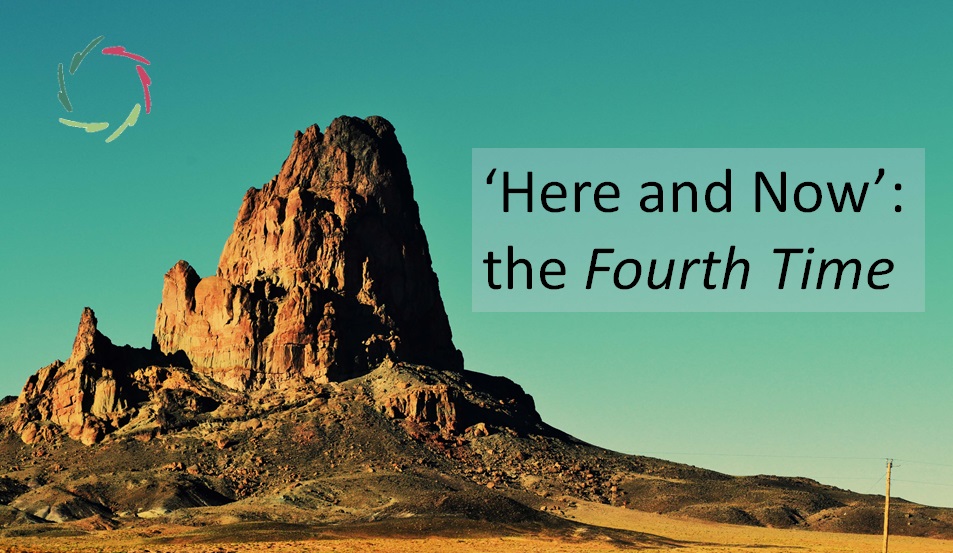