Being Critical is Not Being Closed 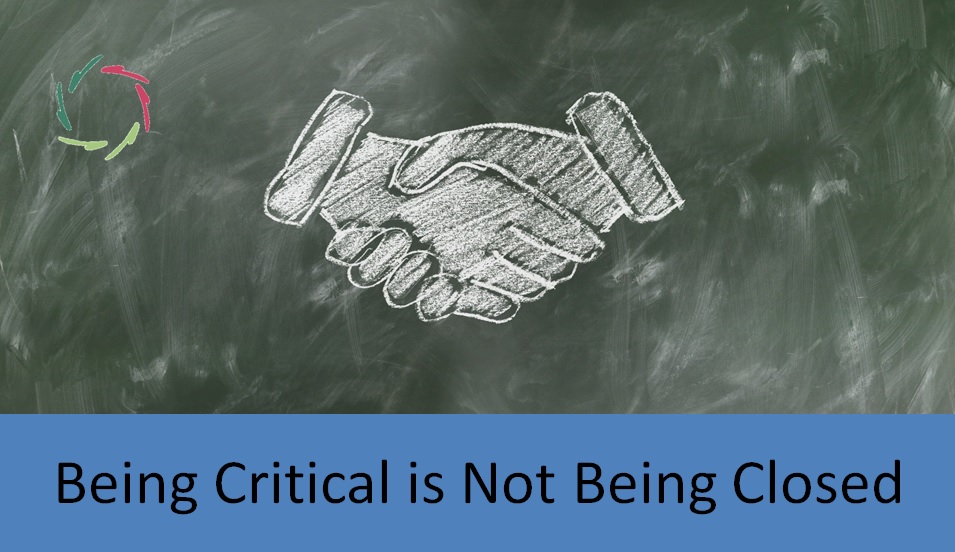 I’m rarely on it like this, but I think this piece is really of the utmost importance for an AURELIS coach. With this, it stands or falls.

It is therefore advisable to read this text very carefully several times.

It is not devoid of subtlety. Try your best not to misunderstand. Talk about it openly. AURELIS only gets a chance in this world in the complete openness of all those closely involved. In this full disclosure, the following always applies:

AURELIS aims to be entirely critical and entirely rational.

A few clarifications right away:

• ‘It is intended’: of course, this is an aspiration, and we do not claim to be so. We do our best.

• ‘Rational’: this does not mean ‘cold rational’ but, say, ‘completely rational’. This will be explained further in a moment.

So: critical in all directions, including oneself, of course. This intense criticality is undoubtedly not always commercial, neither academic, nor emotional, nor intellectual, nor… the easiest attitude.

The main reason why AURELIS still sticks to it is that morally speaking, it is ultimately the only possible right attitude.

From AURELIS, we, therefore, dare to be critical of all kinds.

In connection with a superficial (this is: non-symbolic) application of numerology, aura readings, chakras, healing magnets, pricking needles, healing tap water, astrology, etc., we are and remain critical. Also concerning the purely superficial techniques of ‘positive thinking’ or NLP, etc. (which also depends on the person who applies them). You name it.

That is, it is not acceptable to assume such things (or anything else) based on authority (however ‘antique’ it may claim to be), nor based on an “I feel it works” or “I see it.” Namely:

If you know the power of (auto)suggestion, for example, in the form of a placebo, you see that in fact, anything can give the impression of working.

Feeling or seeing something ‘work’ is no guarantee that it works according to the cited principles.

The recognition, study, and practical application of this power is what AURELIS is all about. So AURELIS is certainly not open to anything.

I hope you understand why.

And so, of course, it is sometimes said that AURELIS is ‘closed.’

This reaction is understandable but comes from a misunderstanding of AURELIS at its base. Namely:

AURELIS is very open and can therefore seem closed if judged from a rather purely conceptual ego-like thinking (which we all suffer from at some point).

That ego sometimes (or rather often) wants to get openness for itself to close off the deeper self.

In a dissociated culture like ours, this is very human and that’s why you have to constantly pay attention to it. This means that when speaking about openness you should always clarify in this regard: open to what.

The New Age world in particular needs a lot of clarification in this.

Well, AURELIS invariably opts for the total person, also in terms of openness. If certain tendencies (and there are enough, unfortunately) want to cover the deeper self, then an openness for the whole person means: NOT to allow this just like that!

The biggest problem with uncritical assumptions of all kinds

The problem with ‘being open to anything’ is that through all sorts of ways the strength that lies with the person himself is ultimately taken from him or her. This is NOT something to be taken lightly!

On the contrary, it is of the utmost importance: for that person, for that person’s entourage, etc., and ultimately, if repeated over and over, for an entire culture and the future of us all.

This has everything to do with what I like to call:

Ironically, AURELIS itself is full of ‘poem’, stories, visualizations…

It is, of course, always made clear that these are autosuggestions to invite the deeper self and should not be confused with the ‘reality outside the poem’. After all, that would just as well belong to the ‘Great Mistake’.

The poem is important but as a poem.

It’s poetry. By the way, if you confuse inside and outside, you also lose the essentials of the poetry itself and you are left with at most a meager shell.

Which is true of all poetry.

There are 2 problems with the confusion within-outside the poem:

1) Whether they want to admit it to themselves or not, people have a deep need/desire for poetry.

2) Poetry is sometimes an important tool to at least indicate a part of reality, a part that cannot be fully explored with the mere rationality that we now know. Taking it into account is part of what can be called ‘total rationality’. A serious symbol (poetry) is only used here if there is no other option. When words fall short (in conceptuality), we use other words to at least point to the beyond-the-words. We then hope that the people for whom these words are intended can feel within themselves what it is about. That too is communication and, from a human point of view, the most important and the warmest. Throwing this away, I think, cannot be the intention, because what one throws away, is a world of deep and ever deeper meaning, including deep motivation and meaning of life. People may then still ‘function’, but are more and more trapped in a world of cold superficiality.

What many ‘critical’ people do: throw away deep poetry and leave little of the underlying world behind.

These ‘critical people’ are primarily critical in name.

They use their criticalness with the intention of keeping things at a distance that they would rather not have close to them. This is of course the absolute opposite of being truly critical.

Sometimes it is indeed done from a first and foremost justified attitude, namely: by seeing how poetry + Great Mistake can make others go astray. But the end result of ‘all gone’ is just as much a form of the same Great Mistake, albeit committed from the other side.

One thinks the outside is inside. The other thinks the inside is outside.

Note: this is subtle!

By this, I mean: the distinction between inside and outside may seem small, but it is always tremendously large in meaning.

If you want to help AURELIS, first of all, be critical in all directions. It is always important to keep thinking.

If you consider what people have already accepted as ‘working’, you immediately see that ‘it works’ is never enough, because: what works and for what purpose?

And also: what do you see and from where?

In one study, doctors were asked to assess the health status of a number of patients. Depending on how the doctors thought that the patients had received good treatment, they also saw significantly better health in the patients, even if they were the same patients.

One sees what is not.

If one then makes the Great Mistake, anything is possible.

Also beyond the limits of the hallucinatory.

And as far as hallucinations are concerned, I (JLM) am an ‘experience expert’. It is not strange to me in deep meditation to have hallucinatory experiences. I confess: once in a while I myself chose, out of a fit of boredom (phew!), to consciously ‘play’ with my own hallucinations. That felt really bad.

However, if they come more or less by themselves and feel meaningful, then I appreciate them as a form of communication with the deeper self and learn from them. Then they are OK, but I always keep the insight that this takes place within the poem. You see: that is precisely what makes the poem so broad and so deep and so meaningful at the same time. That’s what makes it so valuable!

If you are mistaken, before you know it, the sun hardly shines through the fog anymore. Then stand still and enjoy the beautiful images, but don’t look for your way in this fog because you will get hopelessly lost.

Also, don’t run away aimlessly or you will get lost.

However, if you stand still (really still) and let the sun of total rationality shine, then the fog dissolves… within you and everything becomes clearer and brighter.

As a human being, it is important to be ‘infinitely’ patient in this.

As an AURELIS coach, it is of course extremely important to know where you stand at all times and to maintain your ‘infinite’ patience for your coachees. You cannot hard-handedly pull someone out of the fog in a nice way.

The best you can give is yourself as a solid example.

Finally, this: people are sensitive to ‘concreteity.’

That is to say that they very easily make the ‘Great Mistake’, namely: within the poem, they think they (should) encounter the same kind of reality as outside it.

It is, of course, much easier to abuse this than to go to the trouble of pointing out the mistake again and again. You see this abuse very often and often very rudely (that is: with conscious insight and out of pure money gain) happening in this world, sometimes under the guise of ‘freedom = joy’ – a ‘freedom’ admittedly that imprisoned others concerning the depths of their being.

Even if people “ask to be lied to about this,” it is not appropriate to do so.

Not even ‘temporarily’ or ‘as a stepping stone.’ This is what I mean above by ‘solid example’: you can be (very) patient, but please don’t push people into the mistake yourself.

If you are not consistent in this from the beginning, you will no longer have any credit afterward. When the push comes to shove, people don’t ask to be lied to in their search for deep help (which is always clear and strong for those who can and want to see it!).

However, people usually don’t have an alternative… until now.

With AURELIS we now have an alternative

That’s not the most ideal yet, but it’s there. So there is also an additional choice and therefore a serious deep responsibility.

As said, I really think this is of the utmost importance and, from a practical point of view, central to the whole AURELIS happening! 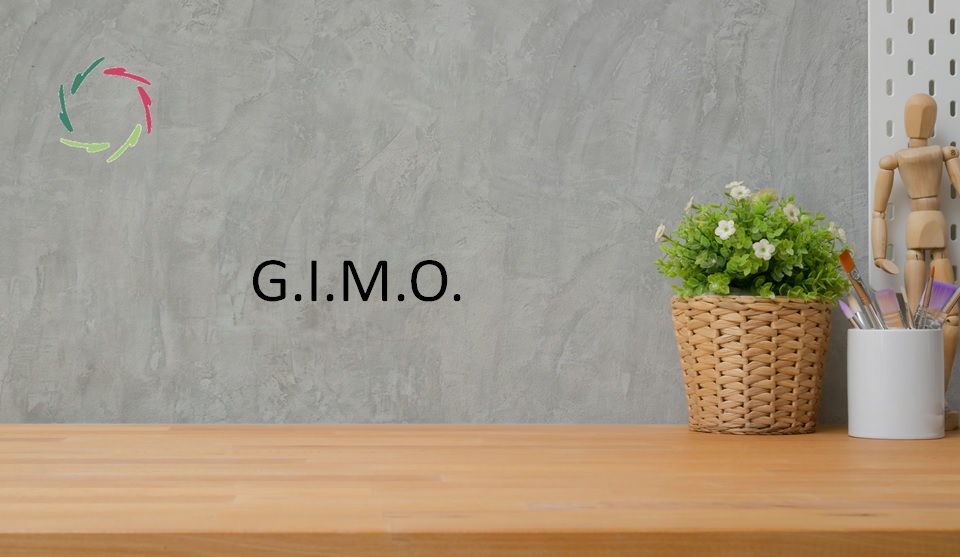 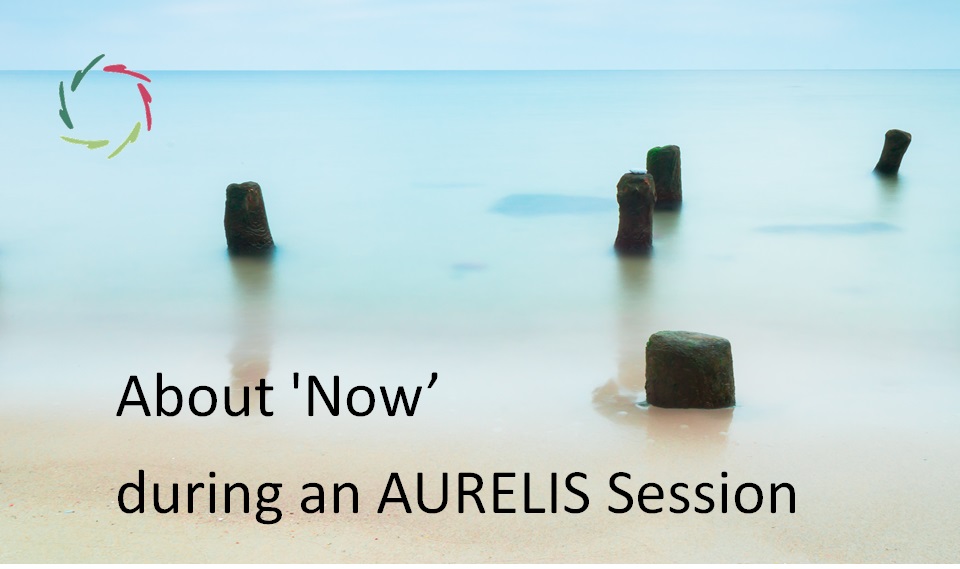 This is important each time someone uses an AURELIS session. At the same time, it’s something for the ‘advanced’ user. For one person, it is easy to swoop in; for the other, it is a job of thinking, feeling, perceiving for a while. Of course, you can do AURELIS sessions with a specific purpose in mind. Read the full article… 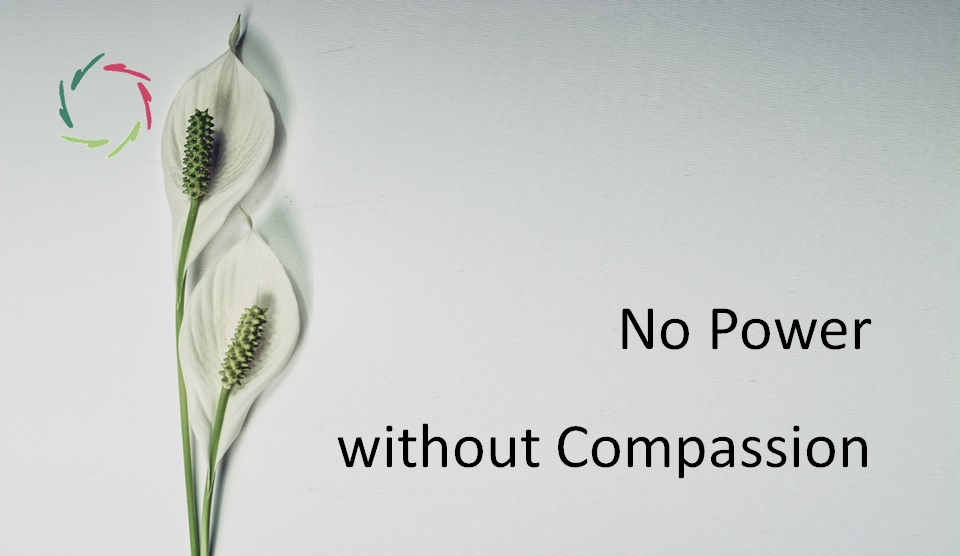 No Power without Compassion

As an AURELIS coach, you may be of profound significance in the lives of others. The others may be very grateful to you for this and that is, of course, the most fun part of the job.  The pleasure is not to be despised, and it is also important to you and the coachees who Read the full article…