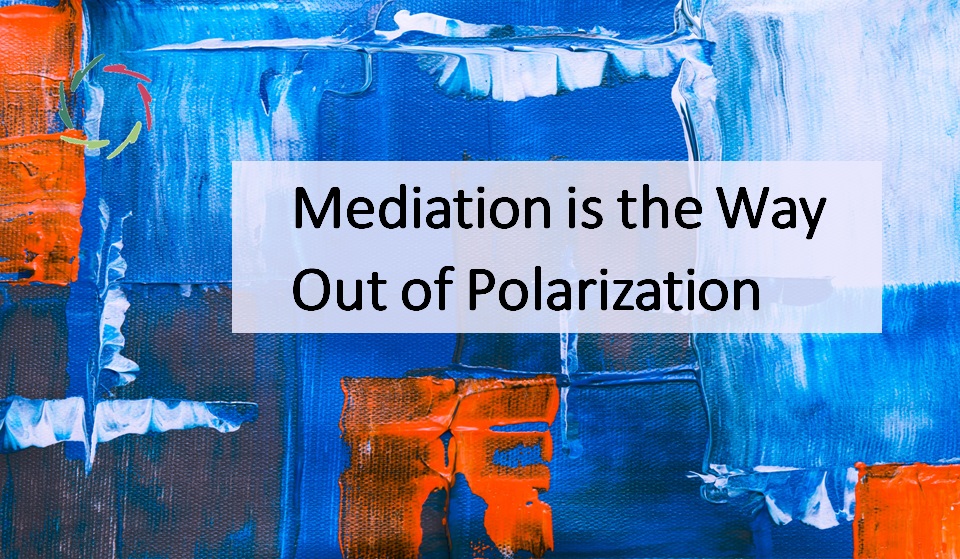 Towards the blog title

With mediation is meant here the AURELIS kind. [see: “AURELIS Transformative Mediation“] This is directed towards self-knowledge, self-growth, and deep-to-deep communication.

In the cause of polarization, one sees the opposite: losing contact with the depth of oneself and others. [see: “Why Do People Polarize?“]

Putting this together naturally leads to the title of this blog-text.

To de-polarize sustainably, one needs to do so from inside out. [see: “Sustainability From Inside Out“] This contrasts with bringing people together in superficial compromise.

A superficially bringing-together may lead to an even bigger re-polarization in time. More generally, when depth and superficiality are contrasted, depth has most ‘energy.’ [see: “Energy“] Eventually, one can put it very starkly: superficiality has none by itself.

Bringing people together in-depth leads them to grow further together. They not only de-polarize. They – may – become a community with deeply felt common values, even while these can be culturally realized in different ways. Indeed, in-depth unification coincides with diversification in the outing, since each does so from his unique individuality and culture. Nu uniform – and uniformized – ‘us’ is needed as a bulwark against a terrifying ‘them.’ [see: “Motivating ‘Us’“] There is no need for putting aside one’s ethical norms.

De-polarization at the individual level

Here, one can see a role for small-circle mediation. Any time that two individuals can solve an issue between them through mediation, they experience small-circle de-polarization. Happening frequently, and with many issues, these experiences add to something that lives within society as positive streaming underneath. [see: “Streaming Underneath“]

When a society is polarized, more positive streaming may substantially support any de-polarization attempt. It flows as it were out of many little sources into what can happen at the macro-level. Internally de-polarized people help others to do the same. This can also act as a prevention for (further) polarization.

In-depth coaching can also play a role. It leads individuals to a Compassionate stance of growth and diminishment of suffering (of oneself and others), making them more prone to de-polarize spontaneously or with the aid of mediation.

De-polarization at the society level

Here, one can see a role for diplomacy, which is mediation in a specific kind of circumstance. [see: “Deep Diplomacy“] Of course, in my view, this should also be of the AURELIS kind, adapted to what is realistic in each circumstance. Crucial in this is the endeavor, the direction.

As said, this sowing and reaping of an ever less polarized society can go easier when the ground has been plowed and prepared in many individuals and on many occasions.

The goal: to be united in diversity. This may appeal  – quite timely – to a conservative (‘us’ first) and to a progressive (respecting uniqueness) stance.

This is, of course, the opposite of the opposite. With much inner dissociation, the ground is prepared for polarization. We are witnessing this in all too many countries worldwide.

There is an immense need for coaching and mediation. 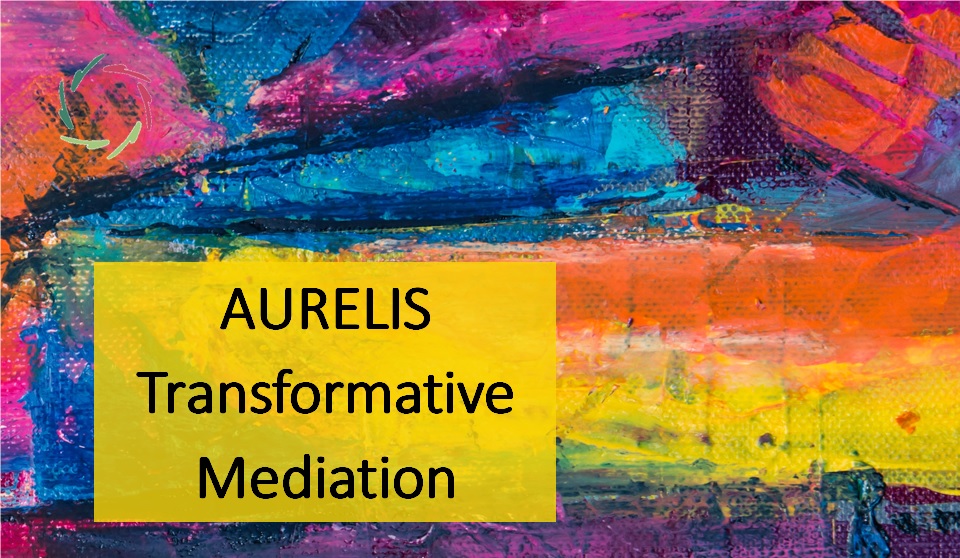 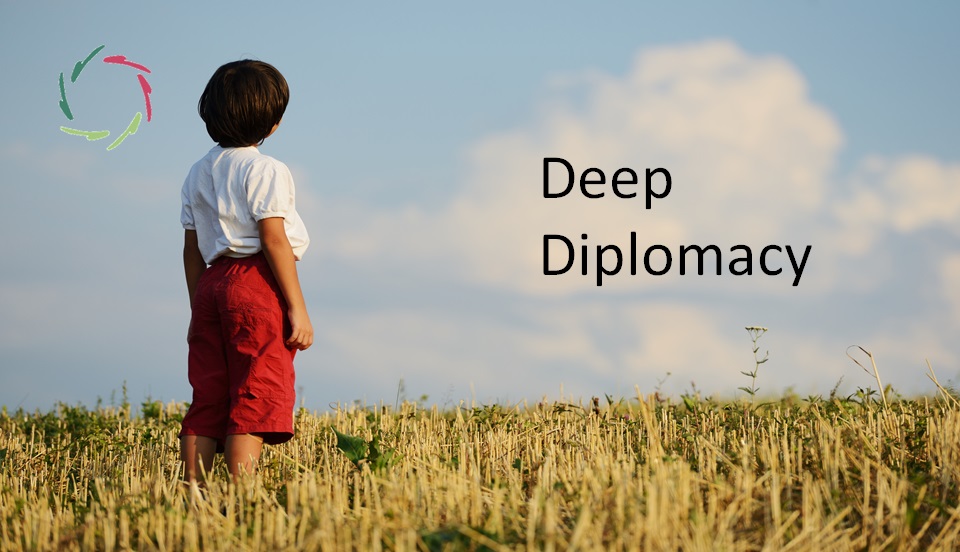 The highest standard in diplomacy leads to welfare for all. Getting the best deal? Diplomacy is not a commercial act! Far more than deal-making, deep diplomacy is about making a better world. Thus also understanding what an ethically better world should be. This is about aligning one’s side and ‘the other side’ through common goals, Read the full article… 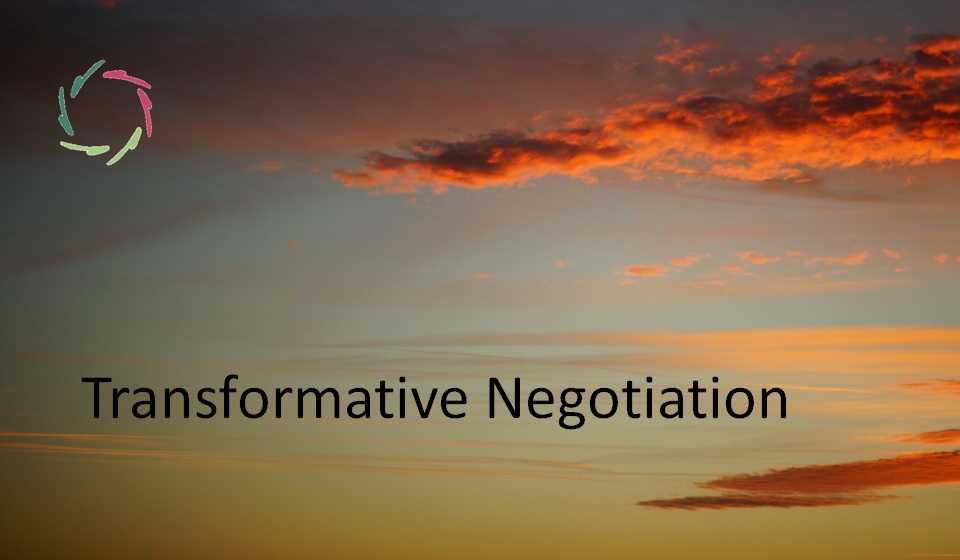 This is a quite specific take on the concept of negotiation, with much emphasis upon humans as total persons. The explicit aim: a better world. Negotiation everywhere The stakes may be high or low. You can negotiate with your daughter about the hour she returns at night, or at the highest level between nations to Read the full article…