An open leader gives people an environment in which to meaningful. 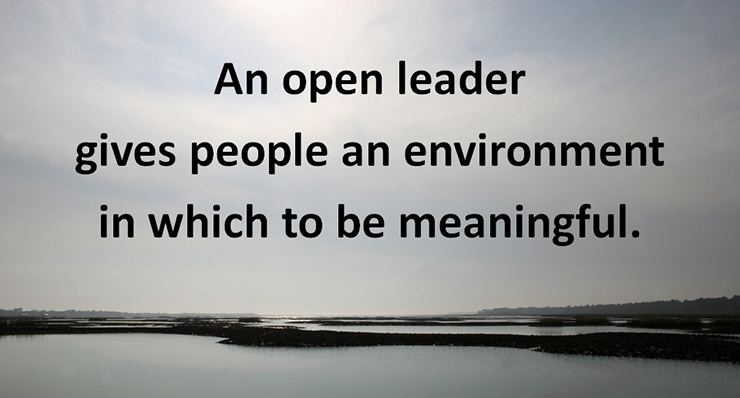 People want to ‘perform.’ What this really means is: they want to make a difference. They want to mean something. They want their life to have deep meaning, some deeper sense.

Since in Western culture, meaning is being searched for mainly in doing, people generally want to do things, to accomplish something, to – meaningfully – perform.

Not simply because of egoism (other people are not important) or altruism (I am not important) but because of something bigger than themselves. That something bigger can be symbolized – you guessed correctly – in the person of a leader. A leader they can be proud of. An authentic leader that they can recognize as being true, being himself. Any recognition or…? This way nevertheless, people mainly follow the leader-as-symbol rather than the leader-by-himself, even while the symbolism may be enabled precisely by the person. The leader as a person should be humble therefore. More specifically even, people follow that aspect or dimension of the leader-as-symbol that enables their own performance, thereby their own meaningfulness. For this, as has been shown in times of war for instance, they may risk their life. It’s not easy stuff but it’s very energetic.

So as a leader, you want your people to ‘perform’? Then invite them to be meaningful. Make a space, an environment in which to be meaningful, to perform. There is NOTHING wrong with this if you do it in a most respectful way. This space can be a physical space of course, and also a psychological and emotional one. And even most of all… a symbolic space. You as a leader should be the embodiment of this symbolic space. Part of it is realized through being consistent and authentic. Open towards deep inside yourself and from there, open towards the environment, eventually towards everything. Again: in depth and respect, there is nothing wrong with this. And you get amply rewarded. If people can trust your openness in a deep way, they will be the ones who make you bigger than life. This is ‘Open Leadership.’

Be the one who makes others’ performance possible. That is your deeply meaningful task and performance as an open leader.

You should not take it lightly. Your collaborators will work for the good cause if you enable them to do so and if they notice that you put effort into doing so yourself in a truly open way. This is: really making effort and also really letting go, providing the space, trusting that the space will be filled with meaningful action. Then showing gratitude for this action.

Performing and receiving rightful gratitude are probably the two most efficient direct motivators. So as a leader, be generous!

Making a performance possible is not only a matter of providing resources. For instance, making efforts to get the right feedback is also part of it. Striving for good feedback is needed to know how to optimize the symbolic environment. You’re in this together. Striving to give enough challenge is yet another part of it. Too little challenge is demotivating. Try to provide a good degree of challenge and frequently re-evaluate. Don’t be shy to ask people to explore their limits. In the presence of an open leader, people like to do so. Afterwards you can be grateful and with good reason! 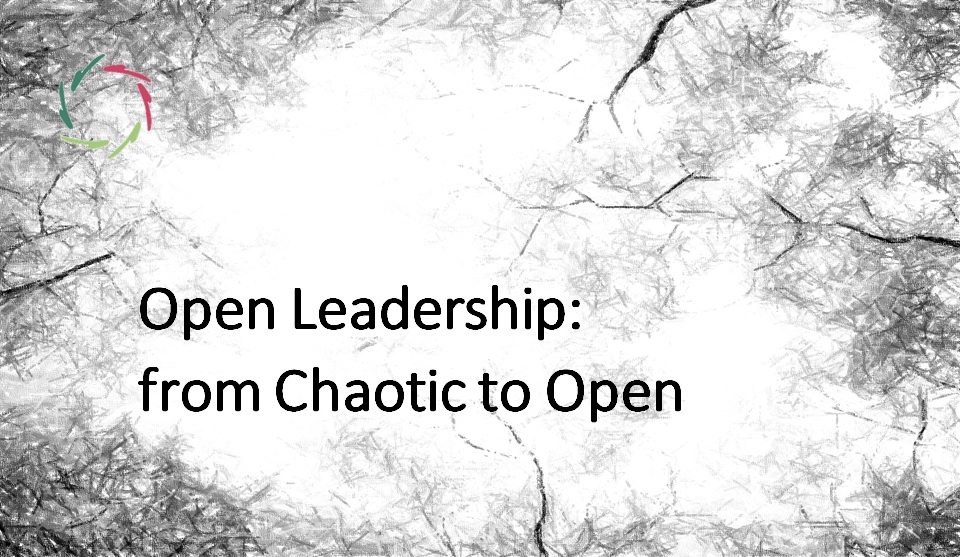 Open Leadership: from Chaotic to Open

Opening chaos may reveal a meaningful core. Leadership grows when this is done to the benefit of many. The world is getting more and more complex. This may appear chaotic, or at least in danger to descend into chaos. A reaction may be an endeavor to avoid chaos by imposing order. Black or white. Or Read the full article…

Difficulties are Solved. Challenges are Taken Up.

One stumbles over a difficulty. One jumps over a challenge. The difference between difficulty and challenge is larger than simply a new name for more or less the same. E.g. a white sheet of paper for the writer of this text or for a business plan: difficulty or challenge…? Difficulties cross your path, initializing the Read the full article… 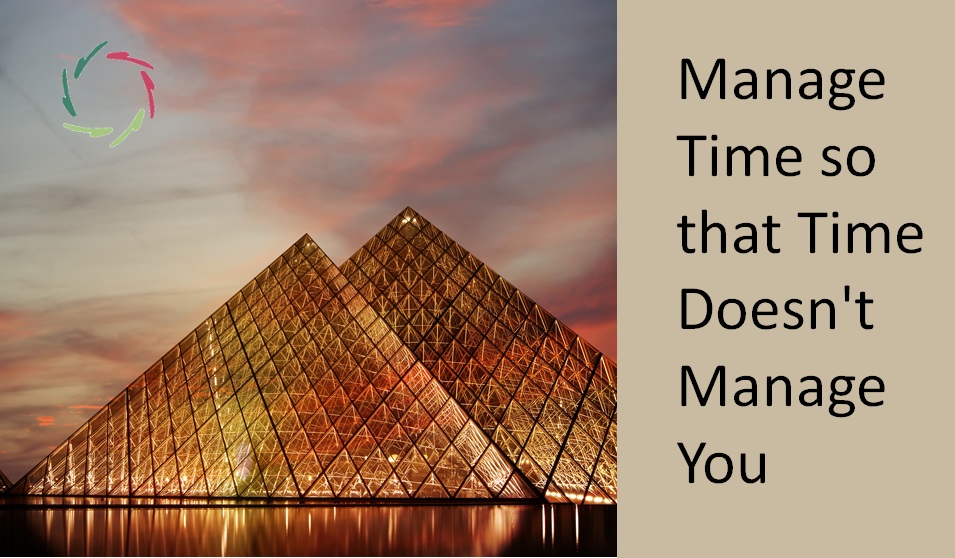 Manage Time so that Time Doesn’t Manage You

Return to your co-workers ‘my time’ as what it has always been and will always be: my time. Take care that at the same time it also becomes your time. A thin booklet on time management costs 5 Euros. If I read this through, I have as much information as on one day of ‘workshop’. Read the full article…