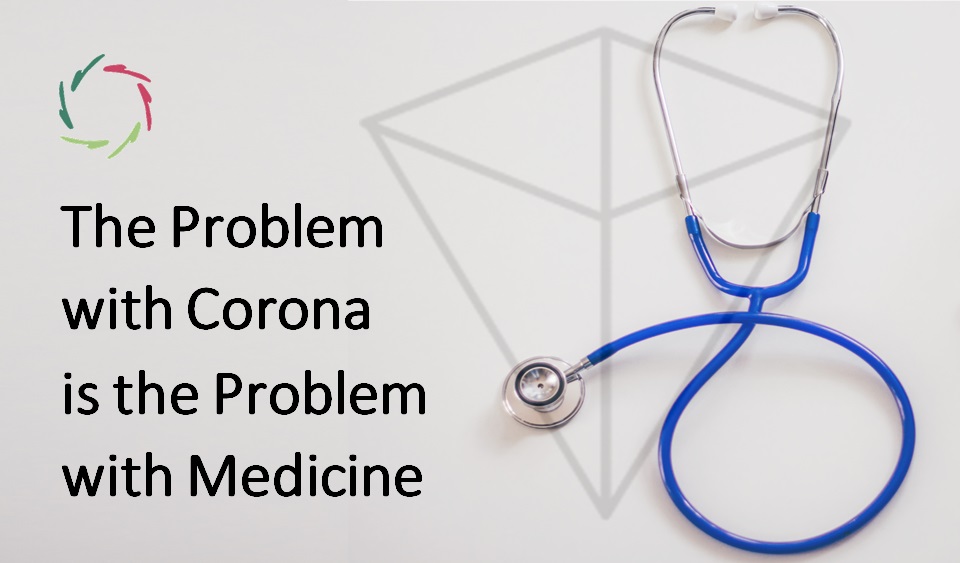 in anything mind-related. This is not about the body-as-pure-body.

►►►The mind-problem is present in the whole of medicine. Not in some subspecialty, but in all of them.◄◄◄

Is this even possible?

Good question. It’s, in principle, only possible with something that lies at the basis of the whole building – like an inverted pyramid.

At the basis lies, as I wrote in Minding COVID, a different story, a dual assumption that can be comprehended as one. [see: “Minding COVID: a Different Story“] It’s ‘the tip of the pyramid’ – where mind and body are most readily seen as one. Recapitulating the dual assumption:

If we have this wrong, we have everything wrong.

Unfortunately, we do have this wrong.

Do this simple test:

Ask any physician where the mind is. Which answer do you expect? On a cloud? With God? In another dimension? In the brain?

You can leave out ‘soul.’ Ask this same physician whether the mind can move – as while thinking about this text – without any movement of the body (the brain, at least) even at the smallest level. Which answer do you expect?

If it’s ‘no,’ then we’re pretty deep into the game of body-mind-unity. There is no influence of one on the other because it’s the same thing, the same person. This accords with every bit of science, on any domain. Also, in every human-related scientific field, it is the tip of the inverted pyramid.

If we have this wrong, we have everything wrong.

In medicine, for instance, we have this wrong, big time.

2020. A strange period. ‘We’ are very rational and at the same time, excruciatingly irrational. Western medicine is partly very advanced, partly sliding back into the Middle Ages. The real mind, the complex one [see: “Complex is not Complicated“]  is getting less attention over the years, due to technological advances that draw all attention.

Medicine has never grappled with mind-body-unity. In a bid to turn away from magic, Western scientific medicine has, from the start on, made a move towards the science and philosophy of two centuries ago. A logical move back then. The high-status science was physics; the philosophy was Cartesian, based on the opposite of our dual assumption.

Two centuries ago, the pyramid had a base, and the base was wrong as we so pertinently, scientifically know now. Yet, two centuries onward here is still the same pyramid and the same base. I owe you a little more explanation.

So, let’s go inside the pyramid.

Sure, we know that stress can make us ill. Anxiety, depression, anger may aggravate many diseases. We also know that medication can influence the mind, in good and bad ways.

We ‘know,’ but actually, we merely act as if we knew, while we do not know in reality. We use terms like ‘stress’ and ‘depression.’ We use painkillers to kill the feeling of pain (which is the same as the pain itself). We do things to act on the body through the mind and on the mind through the body.

And that’s it. Inside the pyramid, there is a place for the mind and a place for the body. In everything related to medical practice, they are different places. In two centuries, we shuffled a bit around, but made no basic amendments. Do we need to?

Absolutely, we need to change this.

Look at terms like ‘stress’ and ‘depression.’ They are used extremely vaguely, by putting somewhat arbitrary elements together while excluding others. Frequently, there is a score involved or some physical parameter(s). This still shows the basic assumption:

I just called them dual, not binary. These assumptions, too, are eventually one and the same. They can only be grasped together, as one. Only then can we see that delving into mind – again, twofold:

In short, it’s much more difficult and much more effective if we grapple with the difficulties. If we don’t, we end up with the dire present in many domains. [see: “Medically Unexplained Syndromes“]

This is not ‘less science.’

On the contrary, it is finally coming out of Pre-Scientific Ages.

We desperately need to do so. Otherwise, we keep seeing many problems – actually, everything mind-related – getting ever more prominent. These problems will continue getting bigger until we know.

And, maybe, I can find a place in this crazy world in which, as you can see in the news concerning ourselves, more and more magic prevails again.

In the meantime, “Where’s the proof”?

Meaning: Where is the directly experimental science?

Good question. Equally well as “Where is the directly experimental proof of the opposite?”

But no, taking into account theoretical, as well as circumstantial proof, it’s 2:0 in favor of mind-body-unity. In a few years, real-world-evidence many make it 3:0.

Even so, the biggest problem remains the pyramid itself in the whole of medicine.

With relatively little bodily cure in sight, worldwide every day, thousands of people die, who can be saved by considering mind-body-unity. This includes many of those who die directly from COVID and those who die from indirect causes. The main indirect cause may become hunger and dislocation in countries such as India, through economic disaster, fueled eventually by fear and anxiety for the disease. Note that at the time of writing, I am mainly talking about the immediate future. We can alleviate all this through proper insight into mind-body-unity.

Only, to accomplish this, the pyramid needs to be upended.

Due to the weight of the pyramid, it will probably not happen soon. There is too much flowing in the same direction.

Unless, dear reader, you turn around. 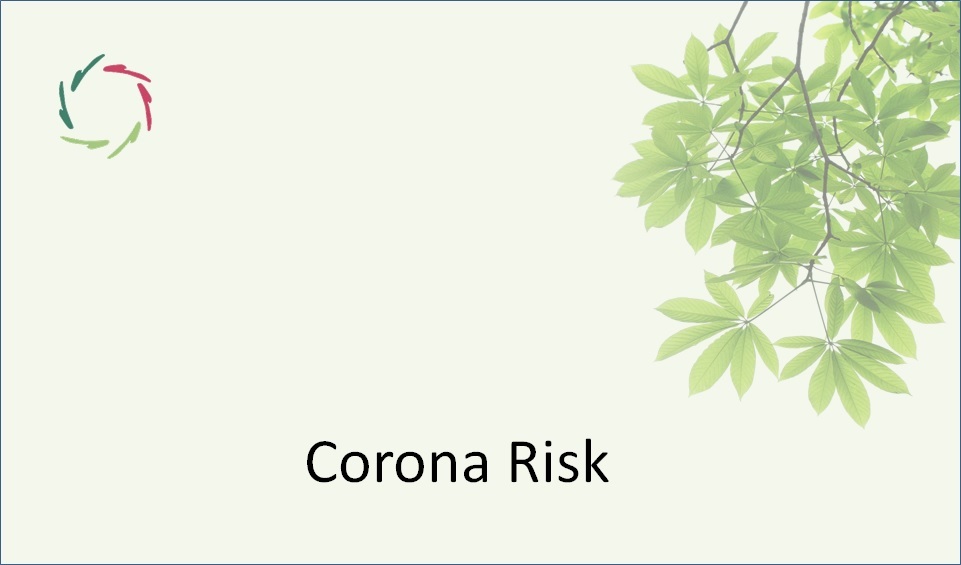 June 6, 2020 Today we have these coronavirus curves, worldwide: This is not positive. On the 2nd of May (see ‘ Worst Case COVID’), I was appalled by the linear curve of caseload until then. Today, it’s still linear! The number of deaths per day is slowing down a bit, but not substantially over the Read the full article… 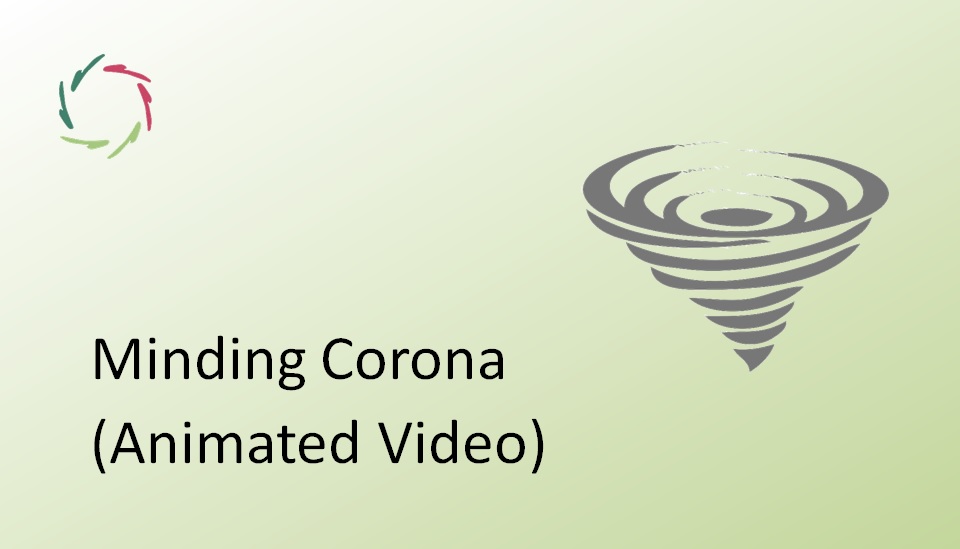 Without further delay, in this animated video, I bring you some ideas from my book Minding Corona. [Minding Corona animated video – 13:19′] If you want to cooperate, please contact us. If you have feedback, please let us know. Here is the full written text. 2020 was the year of the virus. At least, it Read the full article… 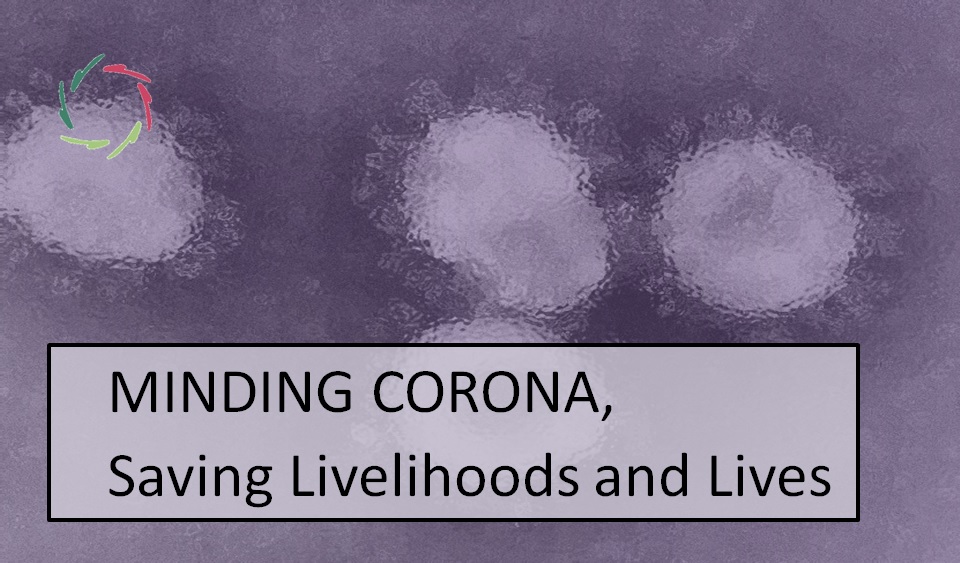 What we see concerning COVID at present doesn’t take into account what is scientifically known about the human brain and mind, and its influence upon the body. ►►► WHY read this? Most people, including body-experts, hide from the fact that the mind is part of the problem and the solution. ◄◄◄ [see: “Minding COVID: a Read the full article…