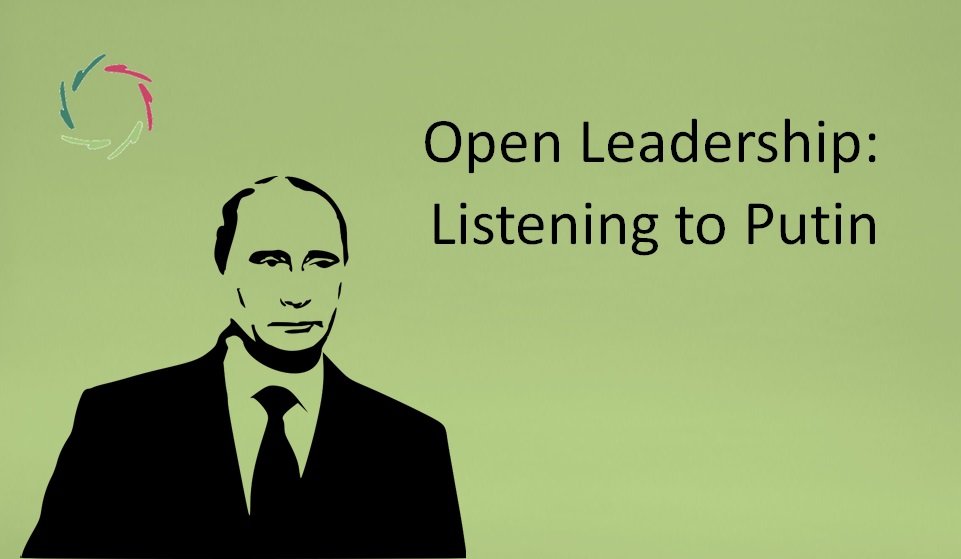 April 2022. The present situation in Ukraine results from a total lack of Open Leadership.

Of course, it’s about big money, including recent discoveries of even more oil in the Black Sea and the Donbass, taxes on the use of pipelines and the economic future of Russia versus Ukraine.

Of course, it’s about big power, including the pressure of NATO on a weakened Russia, whether imagined or not, but which can lead to the further disintegration of this giant-sized country, and with this the annihilation of one possible element in the world’s biggest power game.

Of course, it’s about big status, feelings of betrayal on the grand scale, and saving face in history books, not wanting to go down between the lines.

This is just to start with a few evident things. Is all this worth even the life and happiness of one Ukrainian child? I hope we will progress soon enough toward the only viable future in which this will be answered with a clear ‘No.’

But above all the money, power, and status, and much more important to the future, it’s about something quite intangible.

(A lack of) insight into the human being

More specifically, concerning what can be found in many of my blog-essays: the importance of subconceptual processing. This is about a whole-human reversal in how we must look at ourselves to progress toward a humane future.

This is central to any human endeavor, therefore also to leadership. Open Leadership is about openness in this regard. The subconceptual is especially pertinent in this domain since leadership, contrary to management, involves the more ungraspable human factors in leading any organization, big or small.

Open Leadership results entirely from insight into the human being. The good thing is that we know a lot from mental-neuronal processing that can guide us.

This may seem to be naïve to one who lacks the insight.

One can think about it as an additional dimension. It’s hard to see this while not grasping its very existence.

The ‘present situation in Ukraine’

Everybody knows it’s a war, by any definition. Still, Mr. Putin calls it differently. Why? This question already points to the importance of Listening. Anyone, including Mr. Putin himself, can give many simple answers. They are the wrong answers. Meanwhile, he doesn’t feel Listened to. And he’s right, of course. He may not have felt Listened to all his life in the additional dimension. The same – quite crazily – happens to almost anyone.

The right answer lies in-depth, being much more intangible and meaningful. The importance lies in the asking and the way of coming to an answer, not in any simple answer by itself. So, did anyone ask Mr. Putin in an Open way?

The same with many things in Openness.

On top of the above blah blah about money, power, and status, did anyone Openly ask Mr. Putin why this war has been started? And why it goes on day after day? Unfortunately, no. I know this; you probably know this. Let us not twist around it.

An Open question encounters many layers on its path to never attaining a final answer. All these layers are interesting, important, challenging, and concrete like water flowing toward the ocean. Try to grab the water with a fist. Then, try to use it for what it’s worth. The former is nonsensical; the latter is lifesaving. In a fist-way, water doesn’t seem concrete. In a watery way, it is more concrete than anything.

Thus, we are witnessing an example of the battle of the future. The war in Ukraine is part of a much bigger one, of which the ‘war against the virus‘ was/is another part. In-depth, it’s the same thing all over again. Now, it’s easy to be shouting from any sideline. As to subconceptual processing, I’m hardly at the sideline. I’m at the center. See my articles, books, blogs, and other developments.

In the lack of Listening, a stark failure of leadership

Eventually, waging war is also a way to cover up the very lack of leadership. More even than averting attention, talking war shifts the whole subject. The enemy gets depicted as one who cannot be Listened to. Even more, who should not be Listened to. You notice correctly that there is no Open Leadership in this pose at all.

This way, (a semblance of) leadership becomes the way to detain, punish, isolate, ‘cancel,’ defend against, and attack – militarily or economically – the enemy. In this case, from the standpoint of the enemy’s enemy, this enemy is called Vladimir Putin. One can see the heart-wrenching consequences of this stupidity in the media every day.

But what deeply drives Putin? 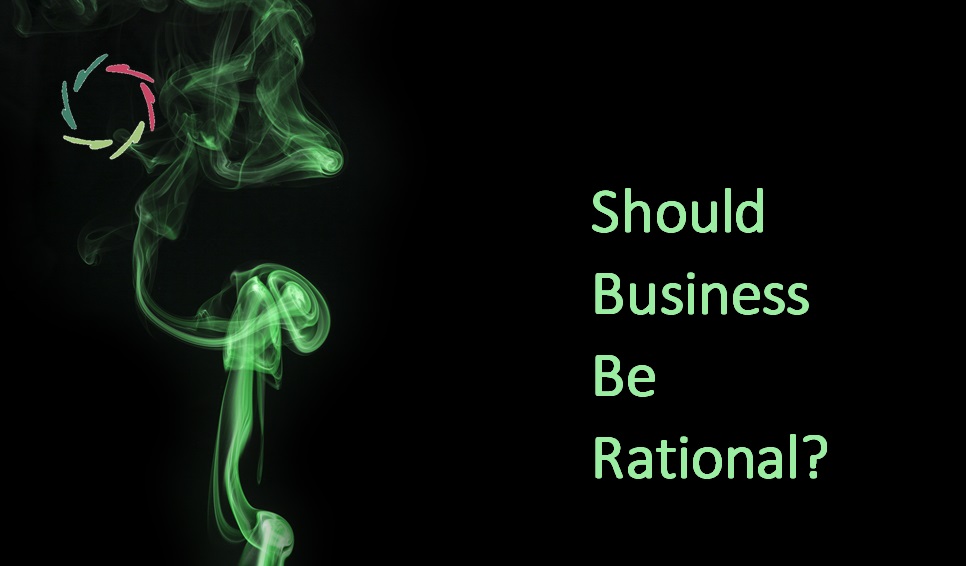 Should Business Be Rational?

“We don’t care about science, as long as ‘it works.’” Of course, I don’t agree. ►►► WHY read this?  Rationality is of utmost importance for business sustainability in every respect. ◄◄◄ Mechanic, organic Regarding technology, there is not much of a problem. To everyone his smartphone. Well. This device couldn’t have been made without rational Read the full article… 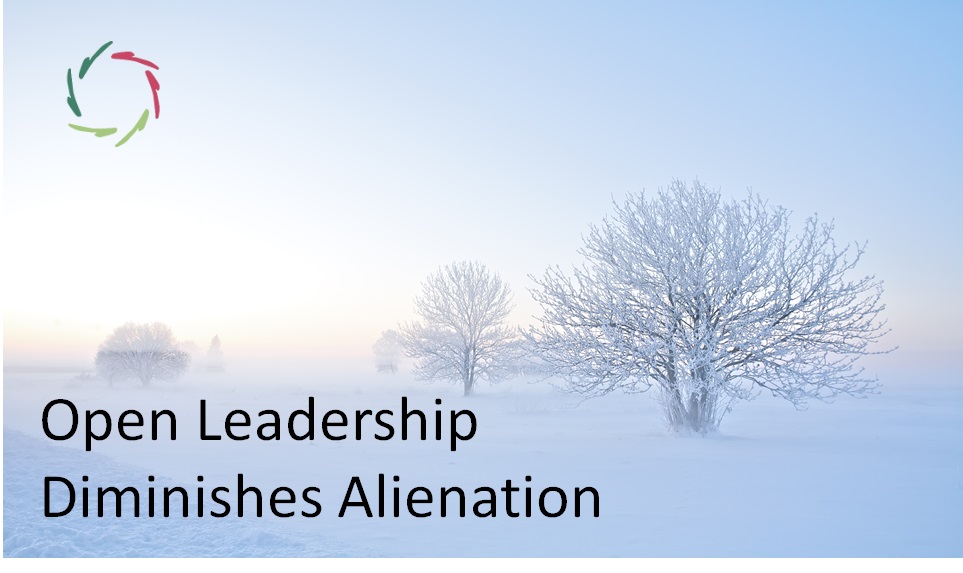 Karl Marx found in capitalism a huge source of workers’ alienation. It’s still a huge issue at present, if not more than ever. Open Leadership de-alienates. Alienation, briefly: not being in deep contact. Since any true contact with anything / anyone starts from deep and goes to deep, one may say that this is primarily Read the full article… 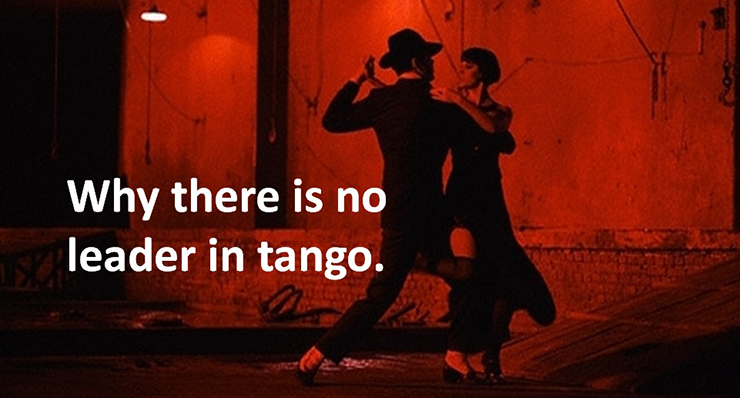 Why there is no leader in tango

Tango is a dance of leaders and followers. Yet if leadership has anything to do with bossiness, there is no place for it in tango. It is foremost a dance of subtlety and invitation. This way – as in many ways – tango also has a lot to say about life in general, about leadership Read the full article…