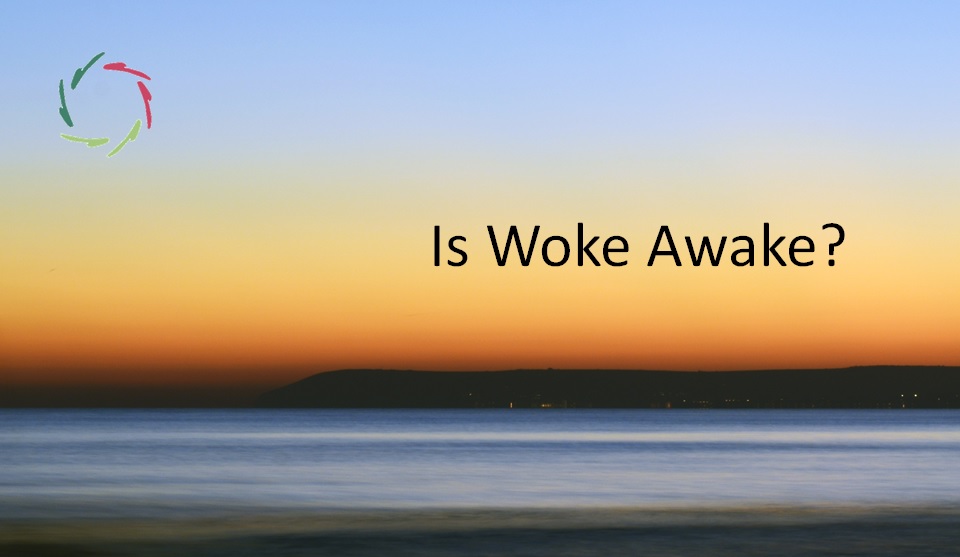 Many ‘woke’ people are so heavily against intolerance that they make an intolerant impression. This contradiction begs for insight.

‘Woke’ is a weak term. Behind it also lies a weak concept. There are very diverse kinds of being woke. Unsurprisingly, there are also various ways of looking at wokeness.

It’s not always the same concept. Strikingly and not surprisingly, however, is the lack of distinction made by woke people between ego and total person.

For instance, they tend to act against racism as if this would be one block.

Is it about tolerance?

The woke quest is for a world in which no group of people gets discriminated against. In race, religion, gender, etc, all differences – within humane boundaries – need to be tolerated.

This is, of course, excellent. In a world of Compassion, we would see the same. Still, in many cases, wokeness looks pretty different from Compassion. One way to know the difference is by looking at forgiveness.

Canceling someone as punishment is no act of forgiveness, as is no other punishment. It is about payment from one side, retribution from the other ― no Compassion.

Weird is, for instance, a non-Compassionate woke Christian, since the New Testament is all about forgiveness ― no punishment. In the story about the adulteress who was about to be stoned to death, Jesus dared to ask the mob with stones in their hands whether there was one without sin: “Let him throw the first stone.” That is Compassion, no wokeness of the retribution kind.

So, what is the source of woke intolerance?

This may lie mainly in a lack of deep respect. Respect, of course, has many faces. Respect for rules can be the opposite to respect for people. The latter is necessarily deep. The former has no depth unless the respect goes to the people concerned by the rules.

When Respect Ends, Manipulation Starts. With little respect for people, wokeness can be an easy ground to manipulate others ‘in the name of the righteous.’ That seems to me more like some kind of politically correct – but as to friendliness very incorrect – bullying. We might better get rid of that altogether. Opponents of wokeness may point this out while not seeing the same principle within their own ranks. That way, we don’t get anywhere.

This doesn’t mean there is no place for proper wokeness.

For instance, words can hurt more than used to be acknowledged. It’s good to point to this fact and ask accountability for the hurtful words people might use.

For instance, customs can change, making the once acceptable progressively less acceptable. Even more, it may not have been acceptable at any time, but only tolerated by peers.

Wokeness can awaken people to such issues, as it can/should also awaken the woke one to the in-depth consequences of his own woke actions.

Then, let the fully awakened throw the first stone.

He will not do so ― precisely because.

Interesting wokeness is eventually a question of deep respect.

This is also one of five Aurelian values. I guess, this way, AURELIS is very woke, but of a specific kind.

The striving – far-reaching and far upon the path – is exemplified in the Eastern idea of being an awakened person. This is no awakening towards information or knowledge ― for instance, about ‘racism is bad’.

It is an awakening towards oneself, thereby discovering what racism needs in order to grow beyond itself. The solution does not lie in bashing the culprit.

It is respectful, tolerant, and forgiving. 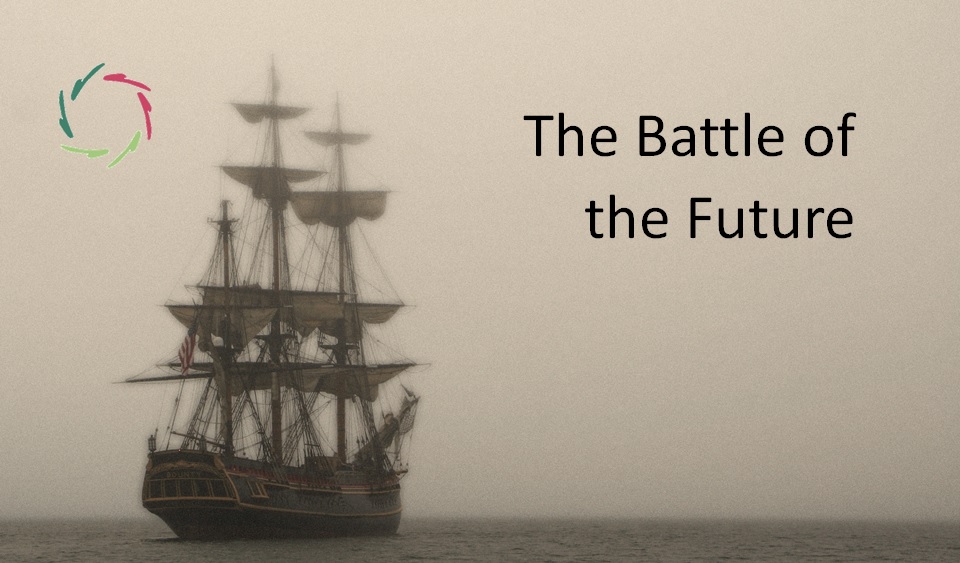 This battle is going on already for a long time, but it will shape the future like nothing else. It is a battle inside. Mere-ego and total-person Both are mental states or attitudes. There are no two persons inside one. Yet, to make the distinction by way of talking is important enough. Even more, it Read the full article… 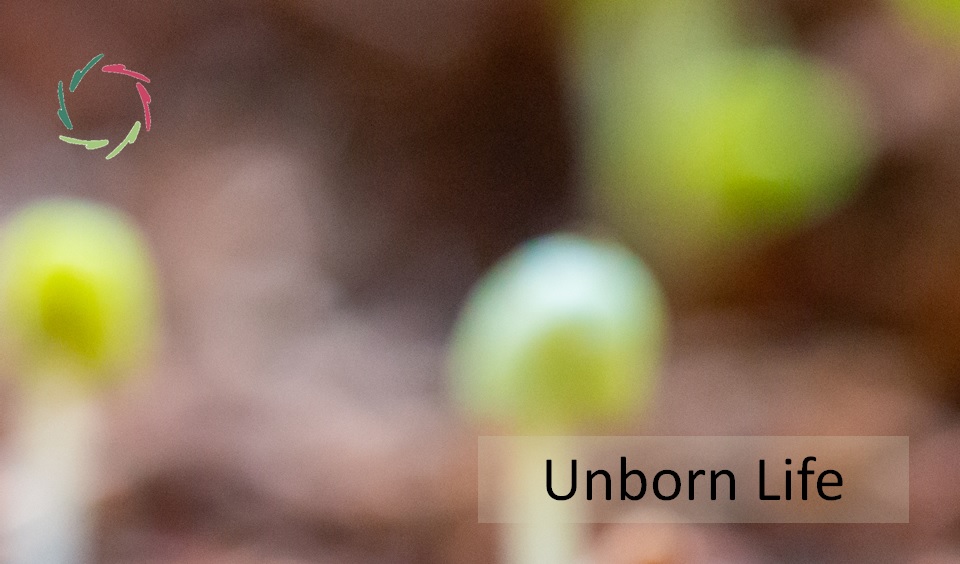 We’re talking about human lives. Let’s not put the pro and con against each other now. Let’s just posit some situations and think and feel about them. This is about how you can feel about it. It’s not about what’s in a book. It’s not about what anyone tells you, including me. It’s only about Read the full article… 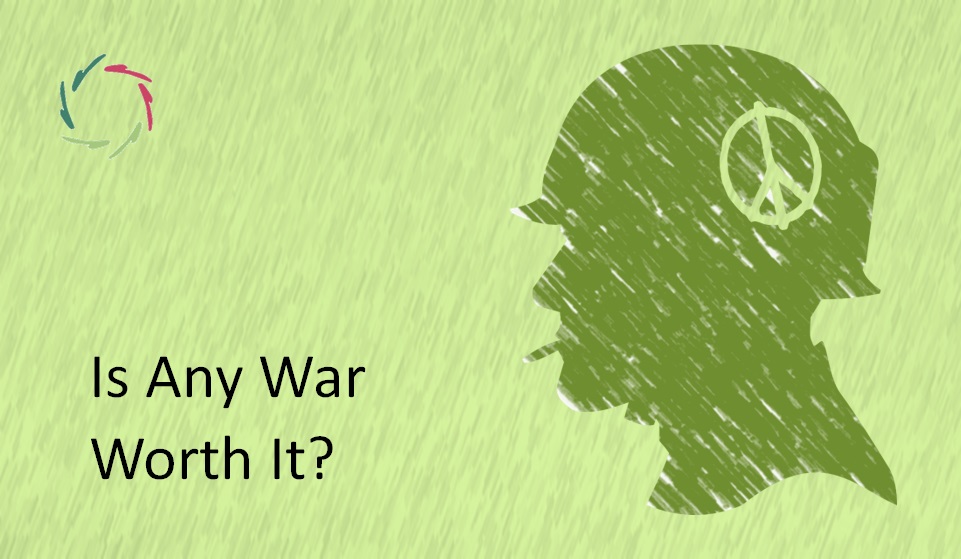 Is Any War Worth It?

War is definitely not worth the death of even one human being. One doesn’t need to be a pacifist to see that. War may have been worth it in the past. Groups may have fought each other for scarce resources as a matter of individual life or death. Also, they may have done so due Read the full article…