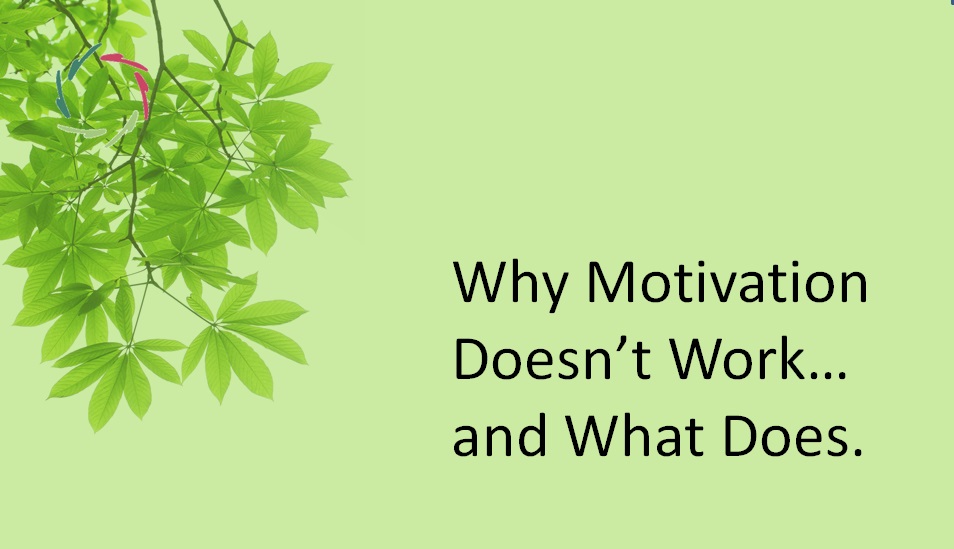 Deep motivation is invitation, no push nor pull.

Knowledge about this was deemed to be the quintessential leadership quality. As indeed it is. It’s also the issue that ‘leaders’ have the most difficulty with and questions about. How do I motivate these people who do not want to listen?

Did you ever try to motivate your child and it didn’t work? Welcome to parenthood.

We mostly think about motivation as something that someone does to someone else towards doing what one wants that person to do. Person X motivates person Y. Person Y complies, or not. If person Y does not comply, we say he is not motivated. Maybe he’s just a lazy person who needs more ‘motivation’ by person X?…

Of course, this only appears to work now and then. But even so, something else is working instead. Not your motivation, but one of two different things:

To grasp motivation, you need to understand self-motivation.

And this really to the core. What motivates you to make any kind of movement? You think you make a decision to move, then you move… Obvious? Actually not: ‘you’ consciously make the final – not overruled – decision at the same time as making the movement itself. Even so, looking deeper into the brain, the final – not overruled – decision can have been made several seconds before you consciously took it. Your motivation to move your arm comes from your non-conscious processing.

Inner motivation can be kindled.

Motivation = the act of heightening someone’s inner motivation, thus more or less in the same way as you move your arm. Motivation starts in the non-conscious, always.

What you can actively do, is to prepare the road, making it easier for the other person to go this way rather than that way. Motivation through opening, through guidance, through coaching.

The leader as motivator-coach. Many are frowning already.

That is because the term ‘coaching’ is used for very different things, many of which are fluffy indeed. And where there is fluffiness + little insight, there are people who disabuse it. In any case, I think AURELIS has a solid ground for coaching.

We think we know what motivates us: the nice car, the money one can earn… but actually we are ‘motivated’ by one thing only, and that is meaning. What does the car mean? What does the money mean?

The weirdest thing is : ‘meaning’ by itself doesn’t cost anything. So the huge bonuses given to big CEO’s can be replaced by simple ‘meaning’. A world in which we achieve this would be a different world. According to me, a wonderful world. Capitalism could be replaced by ‘meaning-alism’. In reality, this is already the case to some degree. People donate time and money to issues they value, which is : those issues ‘mean’ a lot to them. People co-create.

Adults think they motivate children. Instead the children may feel manipulated and push back, almost as a physical law. The adult may think he wins a battle, but he is losing the war. The revenge of the adolescent is well-known. Consequences may linger on into adulthood. Then we wonder why many people feel little motivated at times. They have learned to resist.

When you think you have to motivate your child harder, but instead you are demotivating her, you and your child are trapped in a vicious circle of more ‘motivation’ and actual demotivation.

Which is rather sad.

The same for co-workers in a company

People are not ‘motivated’ (pushed or pulled) to work. In this sphere also, they are non-conciously motivated. Such motivation can be kindled, not stirred. The kindling is through deep meaningfulness and can thus only be an invitation. Mastering this is the art of Open Leadership. 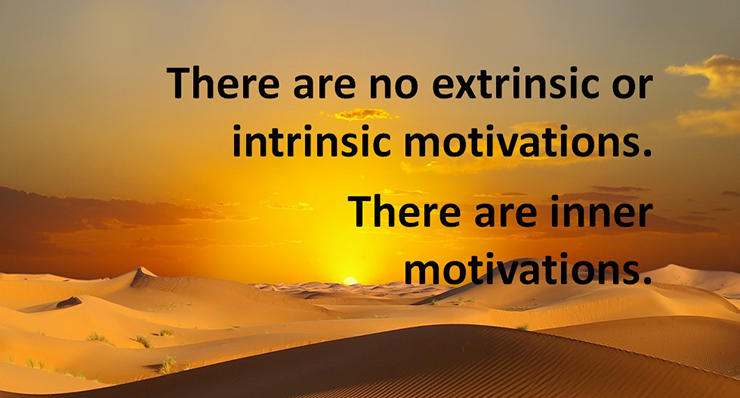 There is a well-known difference between extrinsic and intrinsic motivation. The latter is seen as being much more truly motivating. One more step to inside may be needed though. This is related to ‘subconceptual processing’, being mental processing that happens beneath the level of what can readily be put into concepts. It cannot easily be Read the full article… 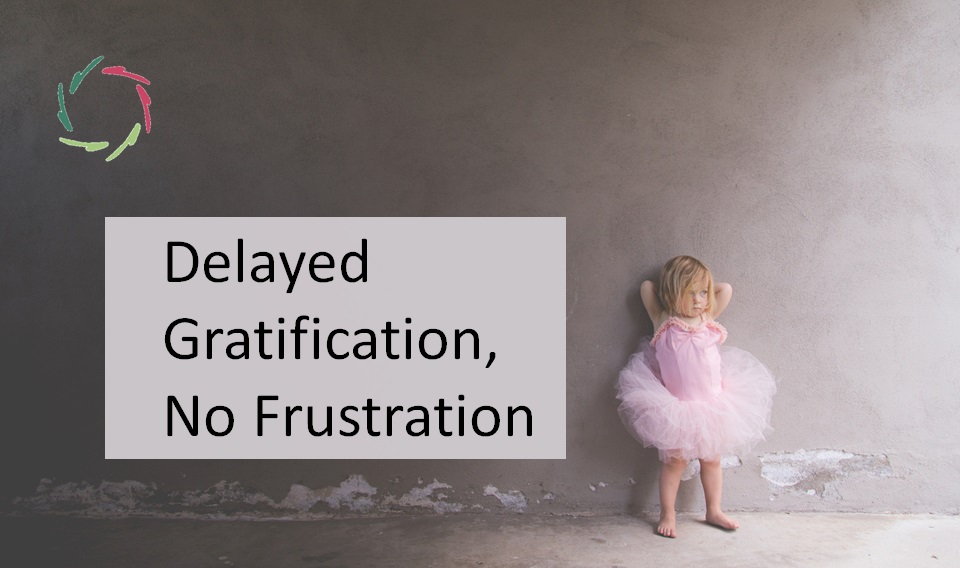