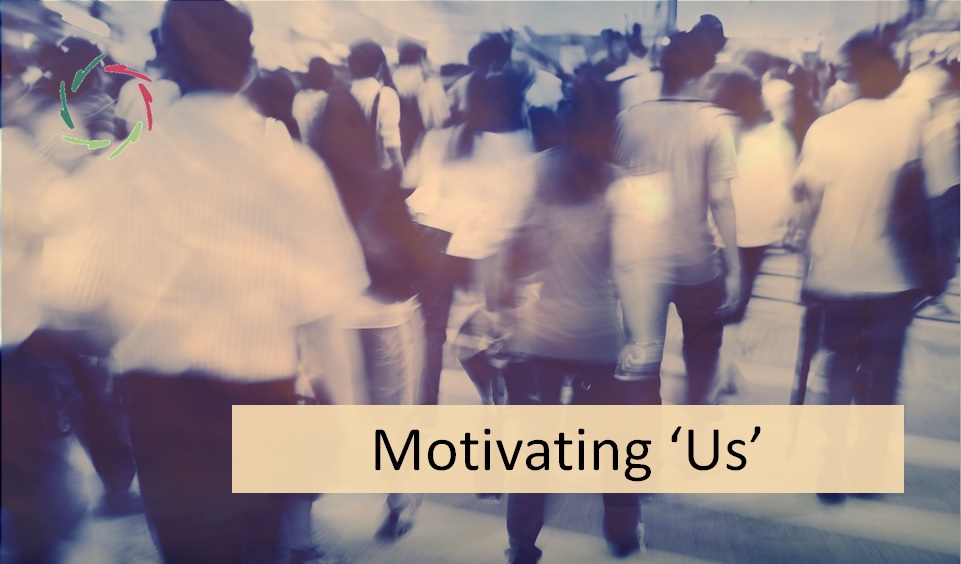 Again and again, people stick together in the formation of ‘us’ that gets its identity from not being ‘them.’ Can we not all together become ‘us’?

People find an ‘us’ at many levels. The ‘us’ generally comes with a ‘them.’ For instance, it may be highly valued to be patriotic and, in wartime, kill the enemy. But why? Viewed from afar, it’s utterly weird. Being born somewhere – a complete coincidence – makes any person belong to one or the other group. Thus, being ‘the enemy’ is also a complete coincidence. It’s disconcerting. There is no internal logic.

Does this mean that it’s a natural human phenomenon?

I have a strong ‘no’ to this. Very probably, we have a number of us-genes, but we are also a very flexible species. [see: “It’s Just the Way it Is”] We have flexibility-genes. Surely, we can belong to ‘us’ without waging war to ‘them.’ In my view, fighting against ‘them’ is a trap that we may easily avoid.

The problem lies in the use of our us-genes.

The enemy is not made by ‘them’ but by how we manage ‘us.’

It’s an identity issue. What motivates us towards ‘us’? Crucial in this is something like the distinction between mere-ego and total-person.

In other words, if there is an internal dissociation within ‘us,’ an external enemy is readily found. Also within what may otherwise be ‘us,’ starting civil war or a violent aberration of identity politics.

How to avoid this?

In my view, the main path is the quality of in-depth motivation that positively changes ‘us’ from inside out. For instance, a country ‘lives’ through the deep motivation of its citizens to feel involved with its ‘good cause,’ which is to bring people together, not the opposite. The quality of this makes the country whole needing to annex another territory, and without any need of violence against ‘the other’ for eventually just being ‘the other.’

If the citizens of the country feel internally whole, there is no need for international aggression. In such a case, any politician or army leader who would come up with the idea would be brought down readily. The country itself would be stable, with people cooperating for the good of each other.

You might object that the other may start the aggression.

Then look into the why. Does the other feel threatened? Does the other need you to feel whole together with you? What are the real needs at play in all this? Here lies the actual task of diplomacy!

The motivation of broader groups

This can only be done with deep and broad messages. Easily said, surely. Crucial is the insight that the sincere communication itself, touching many people inside, is compelling as well as challenging. It doesn’t come for free.

There is much work involved.

Moreover, this kind of work is not straightforward. Compare it to what it takes to become a genius violin player. There’s more to it than wielding a stick.

In my view, here lies a wasteland. Neither the importance nor the challenge of developing truly motivating conversation is appreciated well enough in the broadest sense. This way, we see those wielding a stick get the most of it: the simpler, the more influential.

and deeply related to a rampant lack of leadership. Open Leadership is essential in this respect. [see: “Open Leadership: not I, not I and also not we as you and me”]

Meanwhile, the world is becoming smaller. More people living closer together (off-line, online) brings more stress in general. This stress is not necessarily bad, but it can become so immensely.

We should be living in a world of ‘us’ without boundaries.

Each can work towards that in one’s chunk of the world.

Open Leadership is needed at the top of formal decision-making.

Especially in what calls itself a ‘democracy’ (primary purpose: inner strength to all), it is needed at any level. 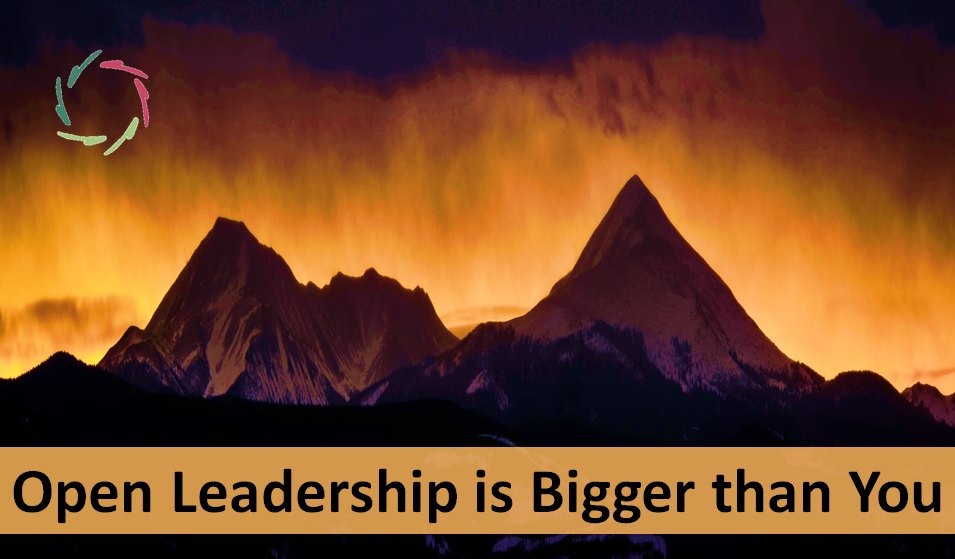 Open Leadership is Bigger than You

This is an invitation for any leader to grow. One needs to continuously grow to be an Open Leader. ‘Open’ means open to all sides, especially the insides. “A big error for a leader is to put his self-interest above the group.” One hears this frequently. The solution looks simple: put the interest of the Read the full article… 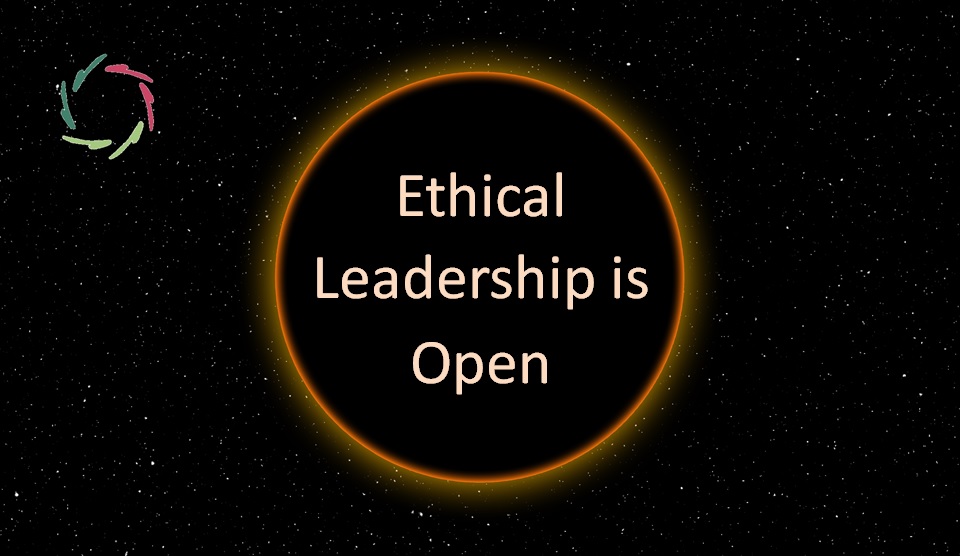 Openness to the full human being is the one characteristic that makes leadership transcend management or bossiness. It is ethical to the core. Full human being At any time, an individual is consciously aware of a tiny part of what meaningfully goes on in his mind/brain at the mental-neuronal pattern level. Meanwhile, the other – immensely Read the full article… 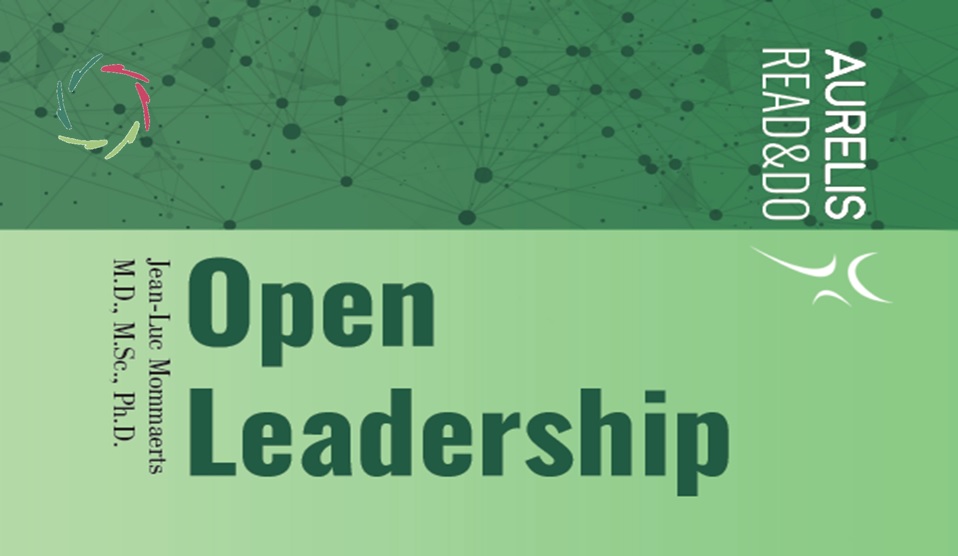 Part of the foreword to my book about Open Leadership (see Amazon Books in the menu). This is not one more kind of leadership. Any kind can be more or less ‘Open.’ I write this with a capital because it denotes the ‘universe inside’ from where one can more openly relate to the environment from Read the full article…