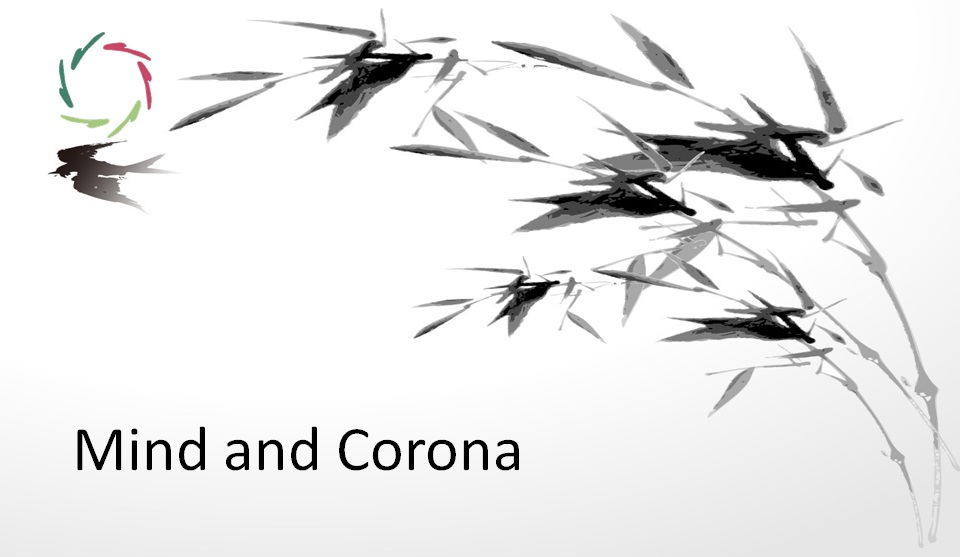 Disclaimer: This article is not a scientific review.

Most unfortunately, the disclaimer holds truth. This article is not a scientific review because there is no science to review.

Optimistically, I went for a search on PubMed 18 March 2020. Searching for ‘covid’ and ‘coronavirus’ separately, the results were as follows:

Also, nothing related that I could think of. The zeros are additionally worrisome because the new coronavirus outbreak causes immense stress on the population worldwide. Panic plays a role in what causes more panic. First, another disclaimer.

Second disclaimer: Nothing in this article carries even the slightest form of disrespect.

This is my second article about mind and corona. People who don’t see the role of the mind in the enfolding story may think that ‘hard’ facts are being denigrated. To me, it is the opposite.

Being intrigued by the above zeros, I read a substantial number of scientific articles about many aspects of Covid. In these too, there was no mention of the mind within an ocean of information on physical elements. Even I feel lured by this into a vicious circle: the whole domain doesn’t look mind-related because no one mentions it. Therefore, no one mentions it.

One gets the impression of being drawn into a comfortable illusion, a silo devoid of mind. But of course, we know that viral infections (from infestation to disease) are immune-related, and that the immune system is mind-related. There is no doubt about either one. Research is more than clear. This includes – crucial to the present case of Covid – unmistakable proof of influence of acute psychosocial stress on immuno-inflammatory mechanisms in general and as measured in saliva and in the blood. Individuals vary markedly in the magnitude of change, logically, also in relation to age (called ‘inflammaging’). Little has been done with this knowledge until now.

Meanwhile, we are still at the beginning of being able to pinpoint the most relevant aspects. A lot lies in store. Not only the immune system in a strict sense is involved. In humans, acute viral infections often lead to inflammation in the lungs. More and more, stress is also being related to inflammation. Arguably, in extraordinary circumstances, both together may lead to a whirlpool of inflammation and the ‘acute respiratory distress syndrome’ that is so deadly in Covid-pneumonia.

Another especially stark example of negative clinical outcome is Takotsubo. This is an acute major-stress induced heart disease – also known as broken heart syndrome – with a prognosis comparable to myocardial infarction. The mechanism involves an acute inflammation of the heart muscle. On the other hand, we know that the maintenance of a positive outlook during acute stress protects against pro-inflammatory reactivity. With this in mind, we can have a different look at Covid fatalities.

One expert in personal communication: “If you ask ten virologists, you get ten different opinions about what to do.” This is OK; it is science at its best. But it is what it is. Science, especially about people, seldom gives one definite answer.

For politicians, this is a puzzle. They follow the experts’ advice, but which ones of the experts? One needs to take into account what seems absurd at first sight. I do have great admiration for virologists. They know much about coronaviruses. But about the human mind? Of course, ‘no knowledge’ doesn’t mean there is nothing present. It’s like with eyes closed, saying there is nothing to see. It’s not comfortable.

Coming up with the psyche is even dangerous – career-wise – in a somato-scientific milieu. What about now? “This is not the time to come forward with such. People have serious things to attend to.” Of course, this is precisely the time to take every possible measure. It is never more necessary. Also, a crisis may set things in motion that would otherwise not occur.

Therefore, let’s talk about the mind. At least, we know something about the influence of the mind on viral infections and disease. Since the nineties, AIDS research of high scientific level has shown a substantial impact of the mind on the progression from virus-infestation to AIDS. I describe this in my book Your Mind as Cure, together with research by Cohen about the influence of psychic stress on the incidence of common colds after viral contact, even in a direct dose-response relationship. Note that among the common cold viruses, several are of the corona type, although, of course, much less dangerous than the Covid-19 virus. I also describe a lot of scientifically proven influences of the mind on many symptoms and diseases, including immune-related ones. In fact, medical research is brimming with all this.

I want to share a few quotes, not as causal proof but as a strong wake-up:

And on and on… Psychoneuroimmunology thrives.

Focusing on the Covid issue, I see people being careless in what they call ‘infected persons.’ In most cases, they mean ‘positively tested persons.’ Following this scheme of those who get infected: 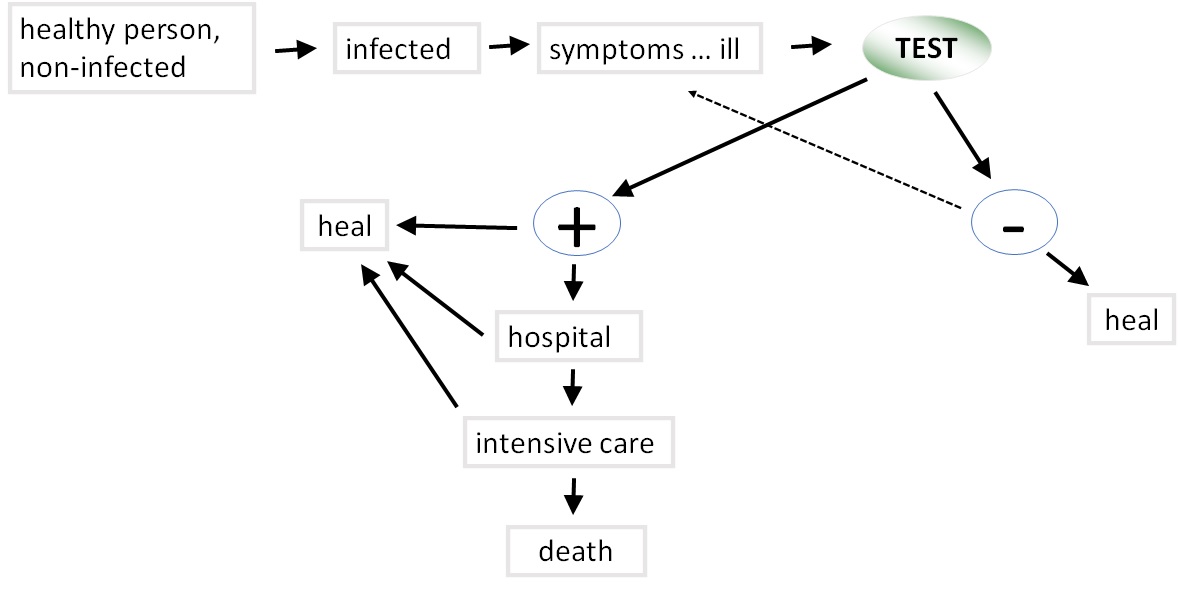 Note that the test is not a test of COVID-disease – of course – but of infestation. People get ill from a compound of causes, to which the test is not necessarily related in a straightforwardly causal way:

Perhaps most importantly, the question is: Can someone, through massive suggestion (the ‘global hysteria’ from my first article) become heavily immune-labile in the short term? In two directions:

How dare I utter such an idea in this time of horror? Rationally speaking, precisely because of the latter. The horror is immense for those directly involved. That may have a devastating result on the immune systems of many. I am aware of the hardness of this message at present in a domain with few certainties. Tears fill my eyes while writing. But what if it’s true? As hard as I try, I cannot disprove it.

The present panic is a very suggestive one, focused on the lungs and terrible pictures and a horrible death – to many also a ‘lonely death.’ One shouldn’t see this as the power of panic, but of some kind of in-depth chaos, of which the panic is part. It’s not that a person freaks out and then even more and then goes through the roof inside, and that’s it. Reality is much more open-complex and multidimensional.

Note that the illness starts with unspecific symptoms: a bit of fever, sour throat, coughing. Attention is drawn to the cough and the fear of ‘having the virus.’ Then the coughing becomes more and more pronounced, putting a strain on bronchi and lungs. Through this and several stress-related pathways – which have scientifically been investigated – they get inflamed. It becomes worse. ‘Ground-glass pneumonia’ may become visible on radiography of the lungs (but not necessarily even in a fully symptomatic patient).

The person is put in quarantine. Rightly so, but it immensely heightens the stress levels of all concerned: themselves, health workers, loved ones, the general public. The ill person may get more and more caught in a hugely meaning-replete pattern of pending doom. Compare it to a whirlpool in which one can get caught and drown. The mental influence may not seem like much from a distance, but when you get inside…

The person gets tested at some stage, and Covid-virus is found. That can surely not be ‘psychogenic’… Indeed. Virus is virus. But look at the test: some patients with severe symptoms had to be tested six times before the virus was found. According to scientific literature, there have to be symptoms before the test can be positive. Some people are false-positive, then negative, then positive. It seems there are many holes in this testing.

At the therapy side, the viruses are not attacked through present-day treatment. People recover from inside, with external support of their life systems. This means that there is no proof through eradication of the virus. There is no infallible proof that the virus itself plays the central role. It may be what is called an opportunistic virus. This would explain why the virus seems to spread extraordinarily quickly.

I’m not 100% convinced, but enough to find it extremely worthwhile. One may rightfully ask: Can the mind, in principle, be invisible to such a degree? Yes. For instance, arthroscopic operations for osteoarthritis of the knee have been performed in the US on approximately 650.000 patients each year with good results. A double-blind study in 2002 revealed no difference with placebo operations. Thus: the effect of the mind. Point is: This discrepancy was not seen during the years before 2002, not by patients, nor by physicians, in spite of the six digit number of cases. How come?

People believe in science. But science is not a belief. Many people believe in it as if it were one. So, if ‘science’ points in a specific direction, then that is sometimes taken for granted in a way that contradicts the basis of science itself, which lies in always remaining critical. Scientists – like everybody else – need to struggle against a propensity to thrive in ‘science as a belief.’ Especially in a crisis such as the present one, true science lies in keeping open to every possibility. We don’t need less science. We need more.

If there is a substantial mental factor involved in Covid-19, then not taking this adequately into account means that many more (than need be) infected people get sicker and thus also more infectious. Through this, the panic heightens and the vicious circle gets stronger. Many more of the infected people may die. It is absurd not to take this into account. Yet, it may be hard for a somatic thinker to get into a psychological mind frame since he is used to seeing and handling the things of importance — for instance, a virus. The deeper mind – especially in its overlap with the body – is not visible. Culturally, we live in a continuous cognitive illusion, acting as if it’s not there. Also, in practice, there is still a lot of unicausal thinking around. With a preference for the body, the mind falls overboard. 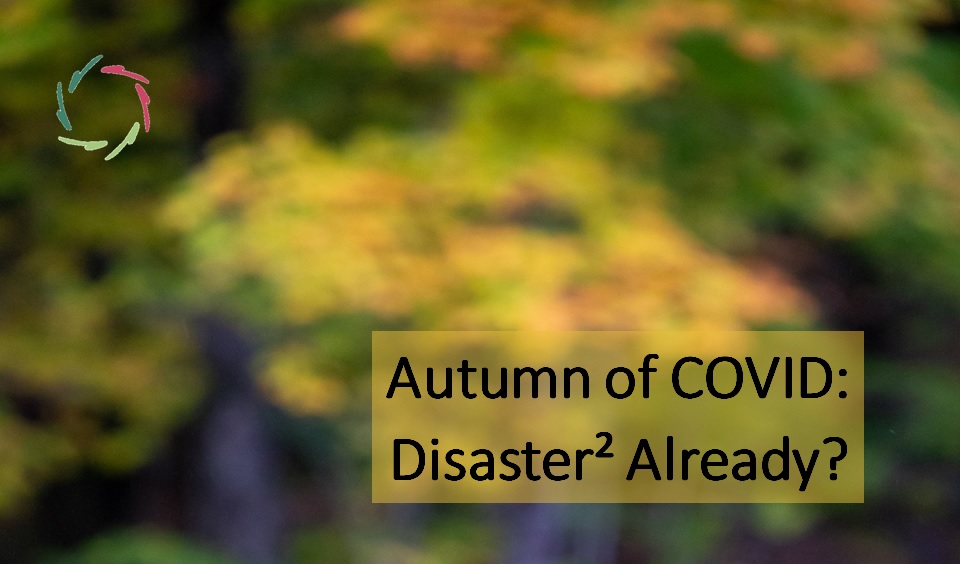 (Re-)emergence COVID (re-)emerges in all kinds of countries where strict measures have not been maintained. This includes countries where the virus has never well receded (such as the US), countries where it has not peaked before (such as parts of Australia), and countries that saw a huge decrease after disaster (such as Spain and Belgium). Read the full article… 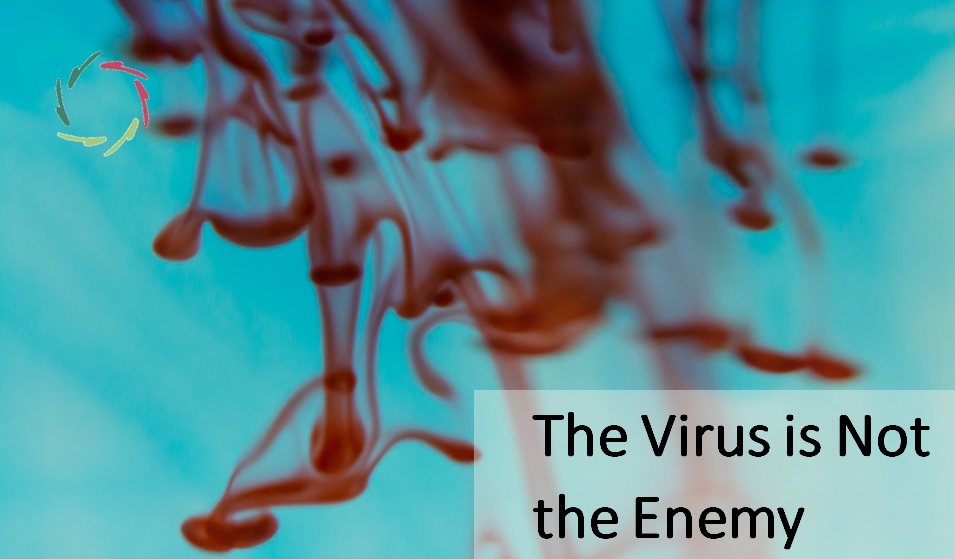 This goes further upon chapter 7, written three months and half a million official COVID deaths ago. Did you hear anyone talking about the psyche in causality yet? I mean, anyone except me? The virus side The virus is just a piece of RNA that wears a coating when outside of the living cells that Read the full article… 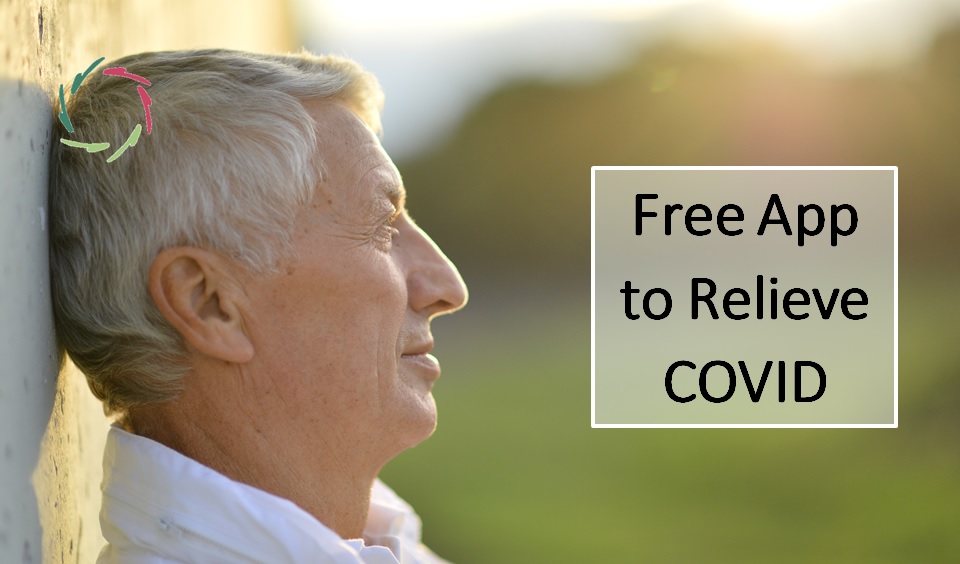 Free App to Relieve COVID – The Second Wing Towards Healing

We have developed an app, free to everyone, that can alleviate a huge amount of human suffering related to COVID. You can find it in Google and Apple app stores as ‘Aurelis’ app. Feel free to download. Please share this post with your friends. You also find a link to the app and some more Read the full article…