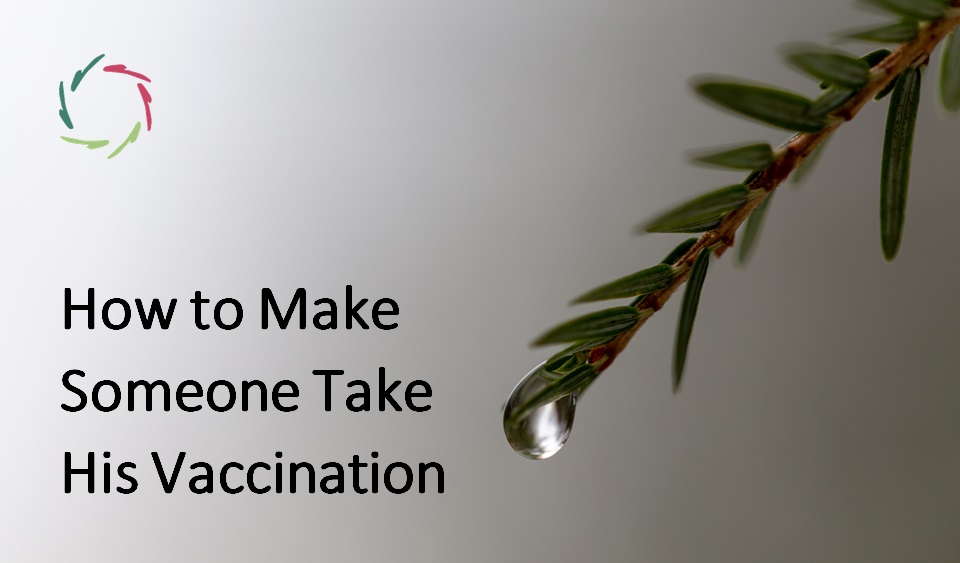 A little story of long ago

At 23 years of age, I went to Brazil for a few months, to do medical work in a favela (shantytown) of Salvador Da Bahia. Ow, impressionable youth! As part of my documentation, I read a book about medics in the tropics. One story in this book was meant as an admonition for caution. I never checked the truth of the story, but I remember it, just as you will. In a village – somewhere – well-meaning Western doctors performed a vaccination campaign on all children. A few weeks later, they came back to check the results. To their horror, they encountered carnage. The medicine man of the village had ordered to cut out the vaccines. Need I write more?

Many people object to vaccinations, in science-ridden US and Europe, as well as in a small tropical village harboring a witch doctor. The morale of the little story was that the Western doctors were blatantly at fault for not listening better to the indigenous people.

Listen. Don’t think you are correct before everyone thinks more or less the same correctness. That’s a challenging, but necessary job. Of course, you may be 100% conceptually accurate. That’s not good enough. Ask the children.

Dr. A. Fauci, in a congress hearing today, is cautiously optimistic that a vaccine will come this year. Let’s also be cautious. With all that I know about what I don’t know – being a lot – my intuition tells me that a suitable vaccine will be there (in the US) by the beginning of 2021. With the usual unforeseen backlash, it will be cautiously there in March-April. From that date, over the following year, most Americans will be able to get a vaccine. Many will not want one. Same scenario in Europe. Problematic.

How to make someone take his vaccination?

First of all, I would say, by making it his vaccination, not your vaccination. Remember always that you want an excellent end-result, not a good feeling of superiority amid much suffering. You are a Compassionate person.

As the remedy, I encountered this basic admonition for well-meaning Western doctors: “Most of the concerns that create opposition to vaccination are misconceptions. Therefore, make sure people have accurate information with which to make an informed decision.” That is indeed very true. Also, it is the easy job.

After this comes the hard work of motivation.

We sincerely believe that the FDA and other scientific approval agencies do their job in perfect seriousness. We want to eradicate COVID from the planet. Since that is, of course, not possible, we want, at least, a situation of as little casualties as possible.

It is necessary to not only listen to the vaccine-reluctants, but really very well Listen to them. To understand and motivate someone, you need to mentally overlap. You need to make the other’s argument into yours, of course, while keeping your wits and common sense. That is not an easy thing to do. With some exercise, one can get better at it. Just make sure you don’t lose yourself in reality. It’s like watching an excellent movie that can take you to a different place and time for a while.

What you can accomplish then is not a miracle, of course. But it’s not nothing either, even when you don’t see any immediate turnaround. One important – not so visible – effect is that, through your Listening, you enable the other person to move a bit. It’s like when you want to move a big car, and you push and push and then suddenly it starts to move a bit. It’s just a tiny bit but a crucial one. If you support the other person from inside, and he keeps on pushing at himself, and others don’t obstruct, it’s going to work. It may even be the only way it can durably work.

I believe in the importance of Compassion. Someone else may believe in Jehovah. This is a case of one belief to another, not of one belief to none. In-depth, this is crucial. It brings us on equal footage. We can argue on the same level. I can search for Compassion in the other’s belief and ask respect for mine. This might even help, who knows.

The autism fearing ones live in a challenging world with danger on several sides. They may cognitively distance themselves from rational argumentation to relieve some of the stress. What would you do in the other’s place? Would you push your dear one into autism? It’s difficult. It’s interesting. The best you can do is try to understand profoundly before sending the army. The same for other medical risks in which you don’t believe. What the scientific community could do, meanwhile, is tackle issues such as autism from a more encompassing viewpoint, taking a non-dualistic, thus realistic view on the human being. That would save the day, the century, and humanity from much unnecessary suffering. We don’t need less science. We need more.

To mitigate some bias, I think it’s better to not talk about vaccine or no-vaccine, but about the state of being vaccinated. That way, one compares two states. One can, rightfully, say that the state of being vaccinated – while carrying some risk – carries FAR LESS risk than the state of not being vaccinated. That brings the balance in better perspective. It brings motivation not in a for-versus-against, but in a for-versus-for. Even the concrete numbers can be put in the scales at both sides. This way, there is  no fight against anti-vaxxers, but a continuous joint effort to find the best ‘for.’ In this effort, you can show your concern as much as you like. At least, it will not make matters worse.

Note that I didn’t start this text with statistics, but with a powerful story that, in a way, I can emotionally bring in relation to me, showing my emotions and asking for yours. That took your attention enough to read on to this point, didn’t it?

Apart from the given reasons, may a vaccine also have a symbolic meaning to many people? There is a combination of coercion and ingestion or injection. People feel forced to take it. A vaccine is unique in this. The individual feels invaded by society. The former is personal, the latter impersonal. People associate this with the theft of freedom, especially in the West. It’s more than about taking away something. It’s about an invasion of integrity, a symbolic theft of individuality.

Big pharma will gain big money. Shares are sky-rocketing already. People see and wonder: are these companies Compassionate? Really? I hear in congress (on screen) that vaccinations will be dispersed at production cost. Hm, year after year? I don’t think so. Read the small letters. So, with an expensive vaccine from 2022 onwards, will most non-anti-vaxxers buy it? Will they not feel deceived? Will this not create a backlash?

I wonder what the plans are for children and youth who don’t get sick but are infective. Will they all happily get their shots for the sake of methuselahs like me? And if they don’t, what must we do?

All in all, with cautious certainty, I guess that vaccines can solve around 40% of the COVID health problem in developed countries. That would be nice. What about the rest of the world population?

I have a nightmare

The vaccine exit will not be miraculous. We will have this virus on our back and in our lungs for a long time. Herd immunity will not be reachable. The virus will not attenuate as other viruses do after a period of rampaging. This one has found a niche in which it doesn’t need to attenuate. All it needs is enough of us.

Of course, humanity will survive and learn to live with the situation. I hope, in a Compassionate way. 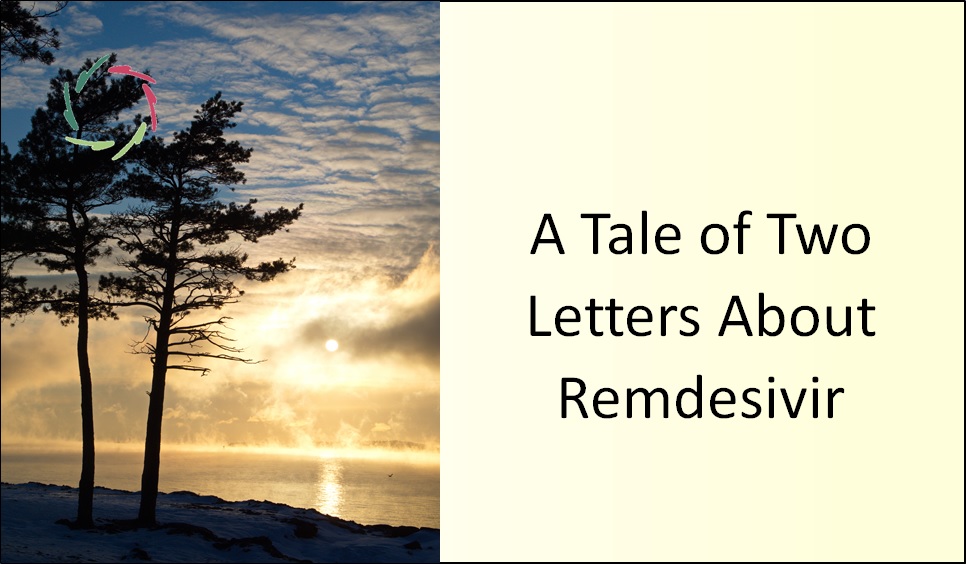 Remdesivir or ‘We,’ Which Cure Will it Be? Intrigued by the antiviral drug, remdesivir, I delved into scientific studies about it. The result is a duo of ‘Letters to the Editor’ to the new England Journal of Medicine (top journal of medical science), in May and June 2020. Not even hoping they would accept, indeed, Read the full article… 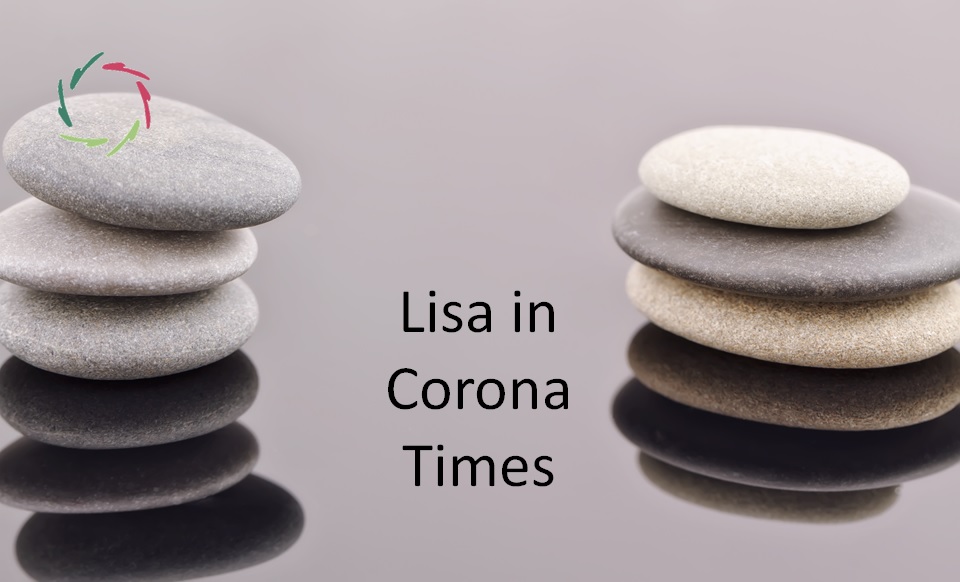 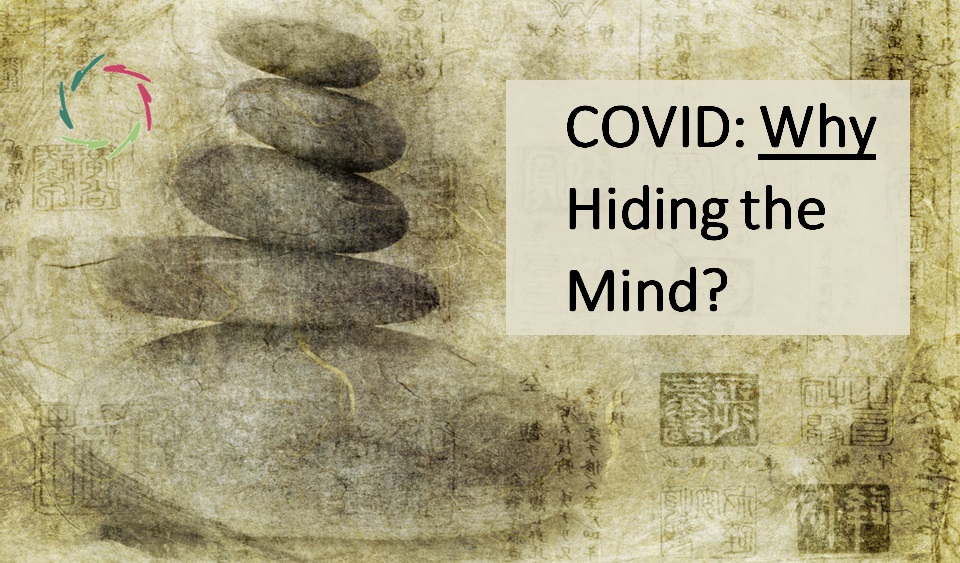 Since March, I try to focus medical colleagues and other people on the mind in COVID progression, as yet to little avail. This is utterly weird. Weirdness Imagine being as convinced as I am that optimally lending attention to mind→COVID is probably the best we can do, given that a strict population-wide quarantine is not Read the full article…