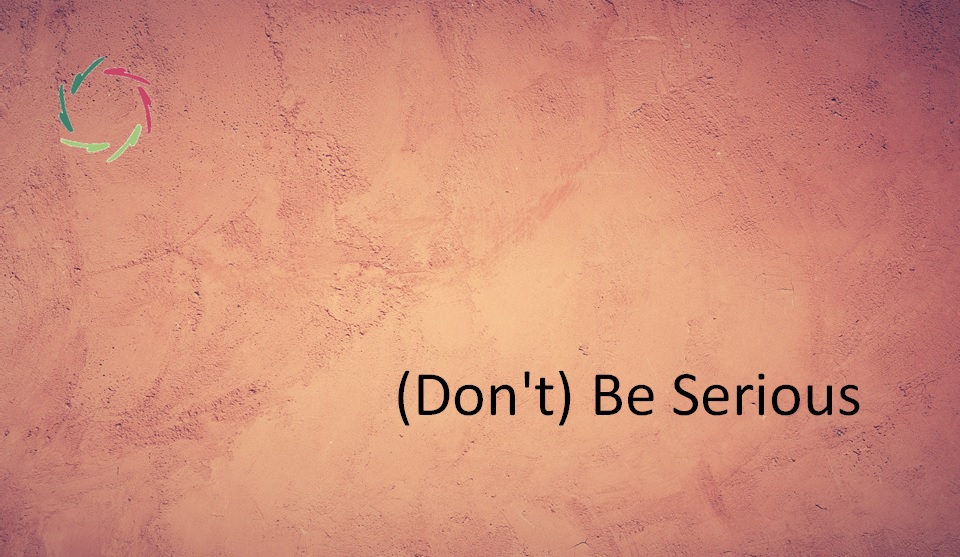 About a spec and a universe ― and a gentle smile.

You care about people. You are serious about their well-being. You are a good person for doing so.

You care about things because they are meaningful to other people. Yes!

At the same time, don’t be serious.

So, don’t be serious about anything. It’s not worth it.

If you feel this, that’s good. Keep a while with the feeling. It doesn’t fit. It really doesn’t fit ― seriously unseriously.

Is it all a joke? Is the universe a joke, or is your life a joke? What’s the meaning of all this if, from infinity, all that is meaningful is infinitely small – a speck on the wall?

I was meditating once, in a group, and we were sitting turned to the walls of the room, the zendo, the mediation hall. Before me, on that wall, there was a tiny speck. So I meditated for forty minutes looking at this speck.

It became the most important speck of the universe ― to me.

It was the most serious thing one can imagine ― completely unseriously.

Of course, just a speck.

And so became I;

And so became the other people in the hall.

And so became everything and everyone in a special way.

You can accomplish great things in your life and gently laugh at yourself.

That can be anything, doing great things in doing just small things.

Being unserious may be the most serious thing you can do.

You are the speck on the wall.