How to Prevent Your Next Heart Attack – Using Your Mind. 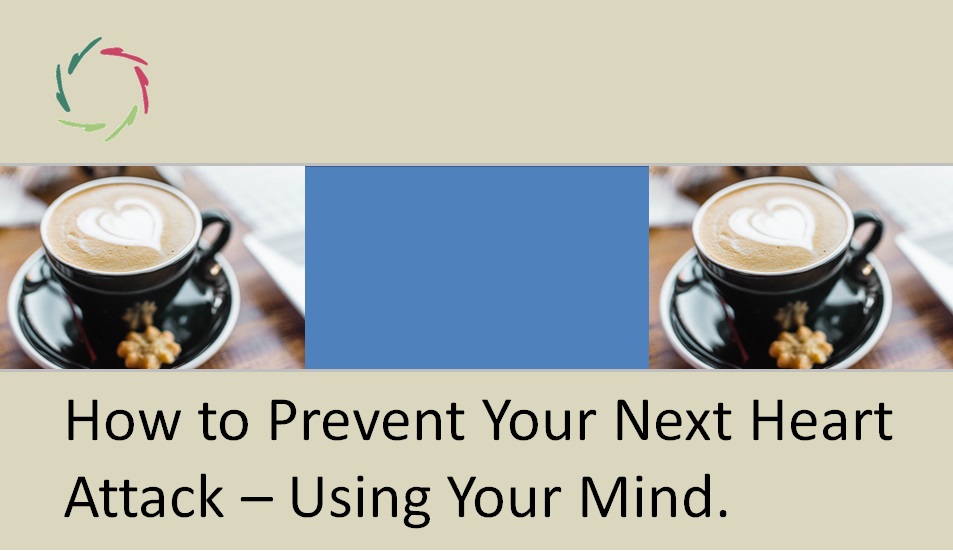 This piece of ‘reverse causality’ might save the lives of millions… including yours.

In the US, there are 8 million visits to Emergency Departments for chest pain yearly, while +/- 1.200.000 people have a heart attack, of which 40% end in death.

May a mental procedure alleviate much of this suffering?

And may it save your life too? This is serious.

A frequent characteristic of the pain during a heart attack is a feeling of strangling oppression – a tightness or heaviness around the chest. The medical term is angor, from Latin angere, which means to strangle, to choke. Angor is interpreted as a symptom caused by the heart attack or lack of oxygen (‘ischemia’) of the heart muscle, leading to an attack. This sounds straightforward but we do not see the heart attack causing the angor. Moreover, the ischemia is like any other which is generally not felt as ‘oppressing.’

Another possible explanation: oppressiveness is not a consequence of the heart ischemia, but its cause. Is this plausible?

Half of patients with an acute heart attack have a low cardiovascular risk profile. Scientific studies show that 30% of angor patients have normal coronaries. Thus, also for someone with clogged arteries around the heart muscle (coronaries) and typical chest pain, there is no guarantee that the one causes the other. Still, it seems so logical, so – material. Besides, surely there must be obstruction in order for the coronaries to ‘be obstructed’? Absolutely. However:

Arteries can also become obstructed by a transient spasm of coronaries,

in scientific language a ‘coronary artery spasm’ or CAS. Have you ever heard of this?

Coronaries have tiny muscles, continuously regulating their diameters. When these contract too hard, we speak of a spasm. This may lead to myocardial ischemia with otherwise normal coronary arteries. A light form of CAS is a normal phenomenon. It occurs more frequently in the early morning, as does heart ischemia. This may be related to feeling the pressure of the coming day. Due to its coming and going, CAS is probably much underestimated. It can come alone or in combination with coronary clogging. After infarction, the CAS spontaneously disappears and the clogging is made sole culprit.

For instance, psychosocial embarrassment – in reality or imagination – may turn some people’s face white. May a feeling of psychosocial oppression likewise constrict coronaries, leading to a choked heart? Acute stress definitely triggers heart ischemia. Especially the combination with suppressed anger (!) seems to be mortal.

So from a broad mental viewpoint, one can purposefully control one’s blood vessels.

Does this also apply to coronaries? If so, then we have a road towards an additional therapeutic measure, leading to an ‘un-choked heart’. It can be called Coronary Opening Imagery.

Which may indeed save your life! 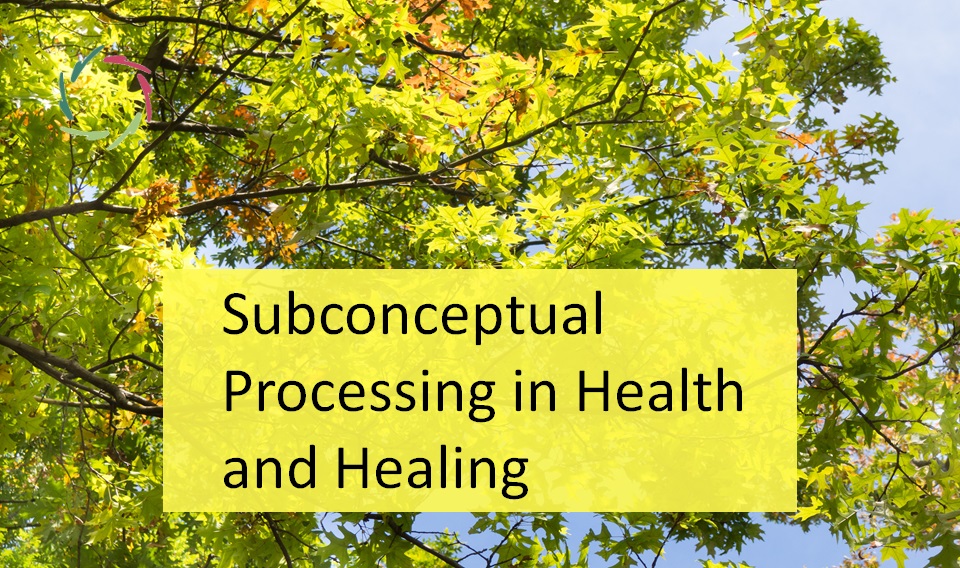 Subconceptual Processing in Health and Healing (From My PhD Thesis)

People worldwide face enormous healthcare problems for which the more resources we focus on solving them, the worse they become. Many solutions give temporary relief, followed by further deterioration. [see About ‘Subconceptual’] Some examples are depression, obesity, psycho-somatic disorders and drug addiction. Looking at pharmaceutical drugs. In spite of the general view that these cure Read the full article… 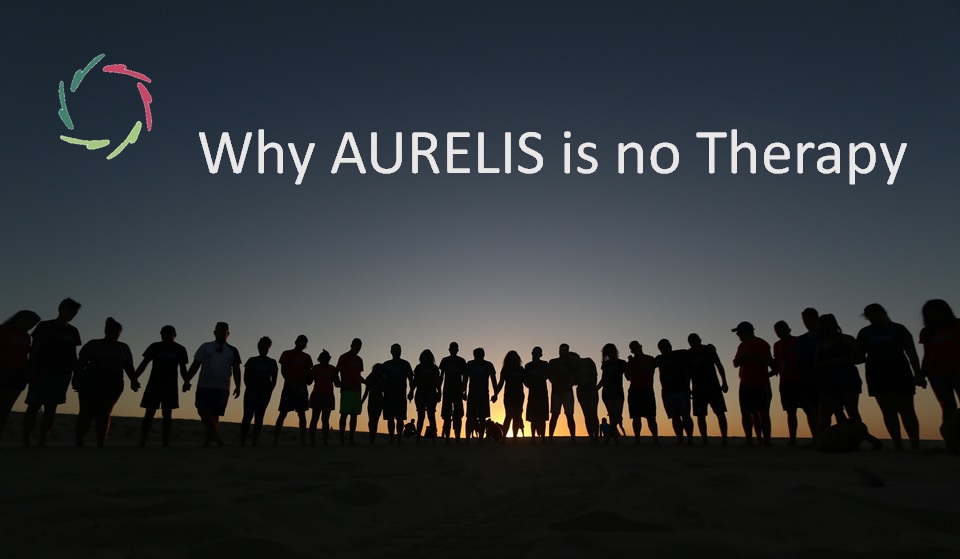 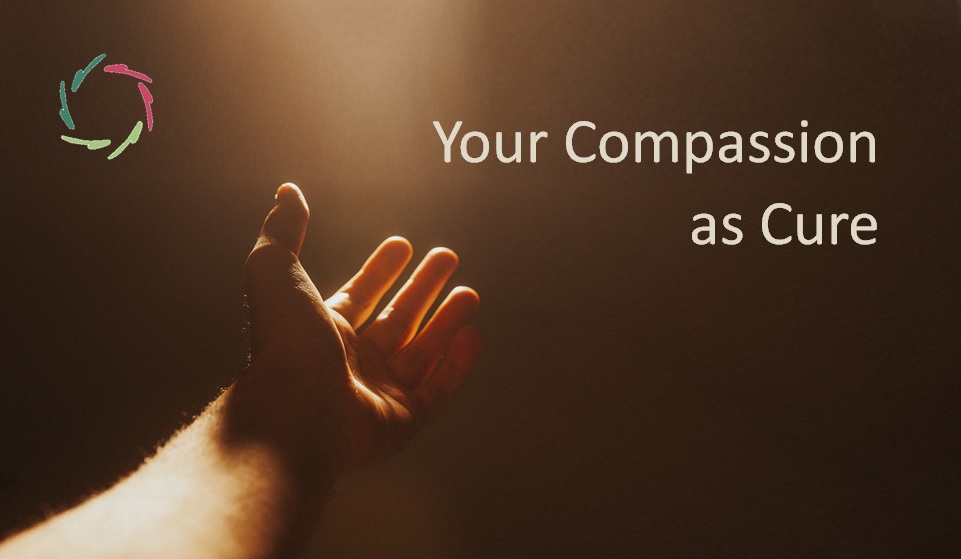 Your Compassion as Cure

Compassion – whether oriented towards yourself or others – is good for you in every way, including health. Moreover, it may be the only thing that really makes you happy. About Compassion To make sure we’re talking about the same thing, please read [see: “Compassion, basically”]. You might follow some links from there to get Read the full article…