Feeling Better or Being Better 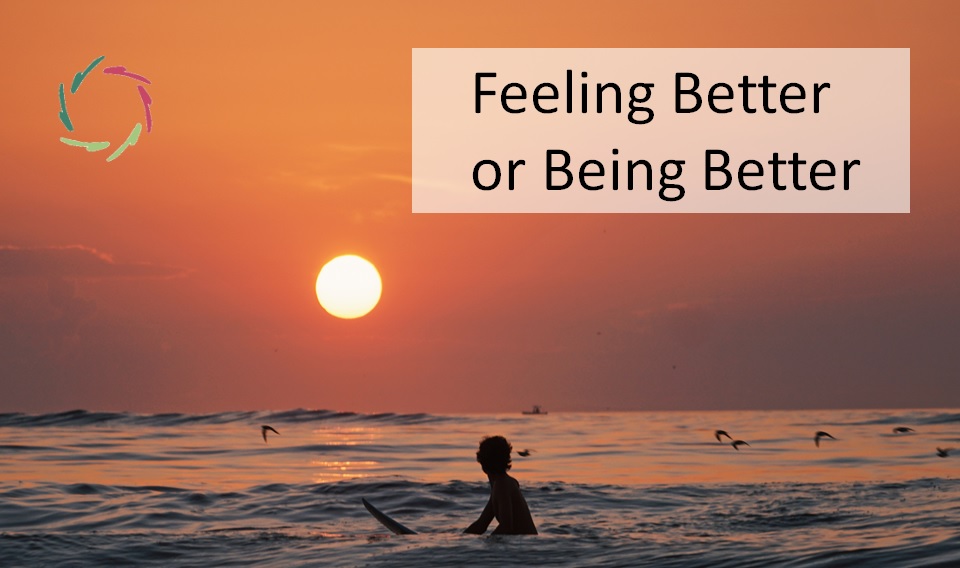 Do you want to work on feeling better in this world, or rather feeling OK in a better world?

This is a moral choice

A better world is a world of better persons, including you.

It’s not a world, of course, in which you necessarily feel worse. Still, you might even consciously choose for such. This is called ‘self-sacrifice’. A solder might do so during wartime. A normal person might do so during normal time. It happens.

At the other side, people who want to ‘grab the good feeling / wellness / happiness’ are frequently rather pushing it away from them, unwillingly.

This is a paradox which – according to me – mostly starts with a disrespect towards the distinction conceptual >< subconceptual.

‘Spontaneous’ may sound to many like ‘by itself’, in a rather mechanistic sense.

This confusion starts – again – with looking at human being as a whole in a mechanistic way.

A spontaneous response is not at all like a straightforward mechanism. There’s a lot that can push you in one direction or another. A lot of invitation. Say: auto-suggestion. It’s what AURELIS is about.

First of all: keep being careful.

According to me, the main point of difference lies in a change from outside versus change from inside (real ‘growth’). [see: ‘Growth to Happiness’]

The problem of the West

I see many endeavors strand in the trying-to-change-from-outside mode. Especially Western thinking has a long history of this, which cannot easily be ‘changed from inside’.

For a starters, it’s precisely this change from inside that is difficult within this thinking itself.

This leads to an almost insurmountable problem at individual level.

People are sandwiched in a ‘double resistance’:

For instance: motivation at school

We have a schooling system that rather de-motivates than it really motivates children. “But there are still quite a lot of motivated children,” you might say. Yes, happily. I see two reasons: 1) natural motivation is so huge that even a small part of it can still be substantial; 2) individuals (teachers in this case) may step outside of the mainstream to give children what they really need.

The problem in 2) is that these teachers have more and more chances to run into trouble, through a system that increasingly closes the gates in an urge to ‘rationalize’. Between brackets, since it’s hardly rational to ‘rationalize’ without appropriately taking depth into account. This happens now.

Sure: there’s a lot of good stuff. In psycho-somatics however, change from outside leads to lots and lots of dismal consequences. The utopia (rather ‘dystopia’) here lies in the idea that psycho-somatics fits in the mechanistic, dualistic view upon human being.

ONLY transcending this will lead to the (even much) better world we all deserve.

So, the choice is really between ‘feeling better or being better.’

Now, of course, you might ask this Mr. AURELIS (you mean: me) what he means with ‘being better’?

Indeed. I have an answer. I even have two:

The more formal level is unconditional.

So, feeling better or being better, that’s the (first) question (but not the last). 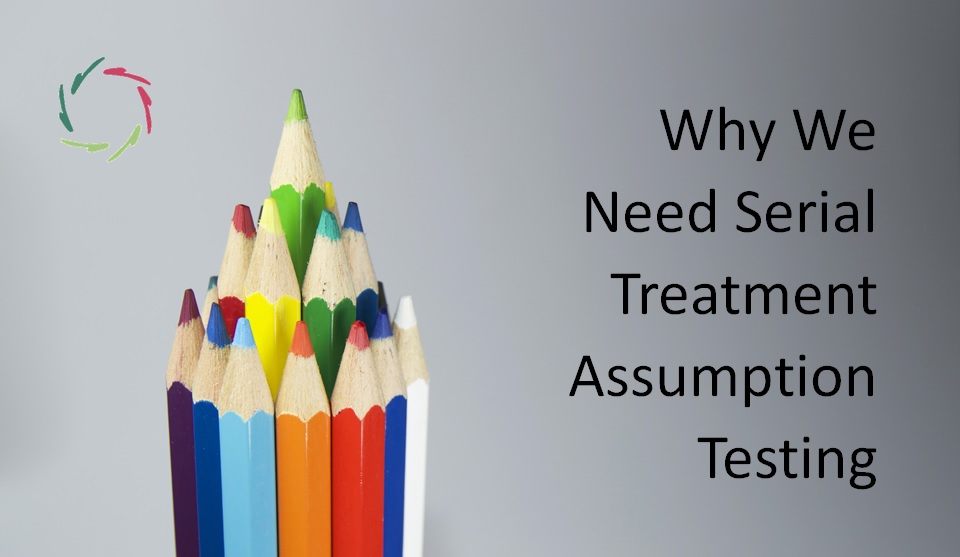 In medicine – regular and alternative (CAM) – Serial Treatment Assumption Testing (STAT) is a feasible and necessary tool to open up what has always been medical science’s intention. What is STAT? Quite straightforwardly, in its essence, it’s about serially asking study subjects to guess in which of two study groups they are (active medication Read the full article… 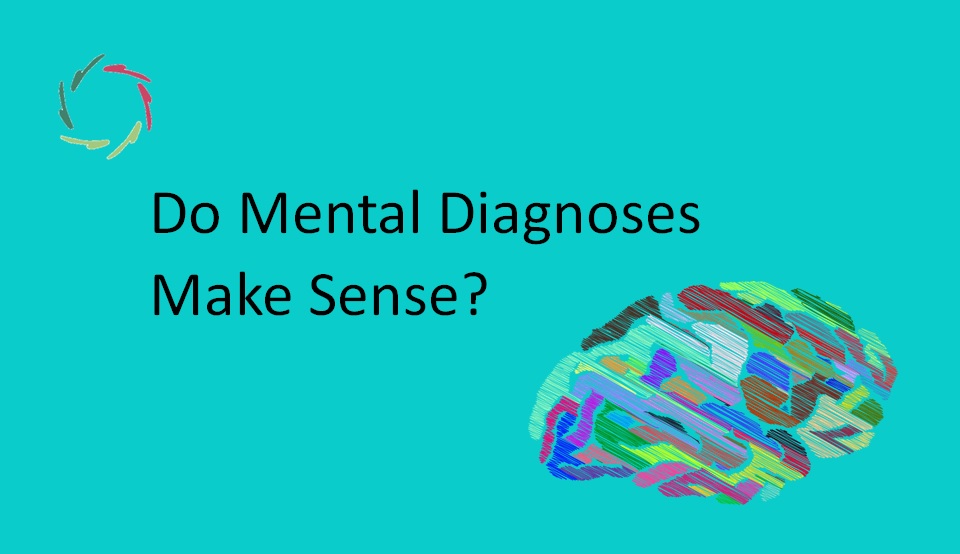 This question needs to be viewed and answered pragmatically. There is as yet no other way. What is a diagnosis? This is related to disease, but not necessarily. A syndrome is a set of statistically or otherwise conventionally related symptoms. The concept of <syndrome> lies somewhere between <symptom> and <disease>. Let’s put syndrome and disease Read the full article… 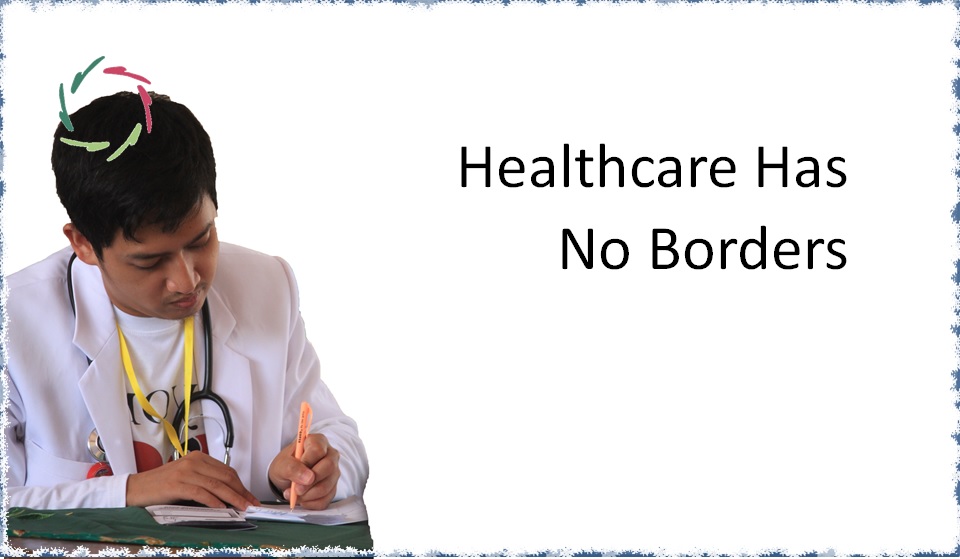